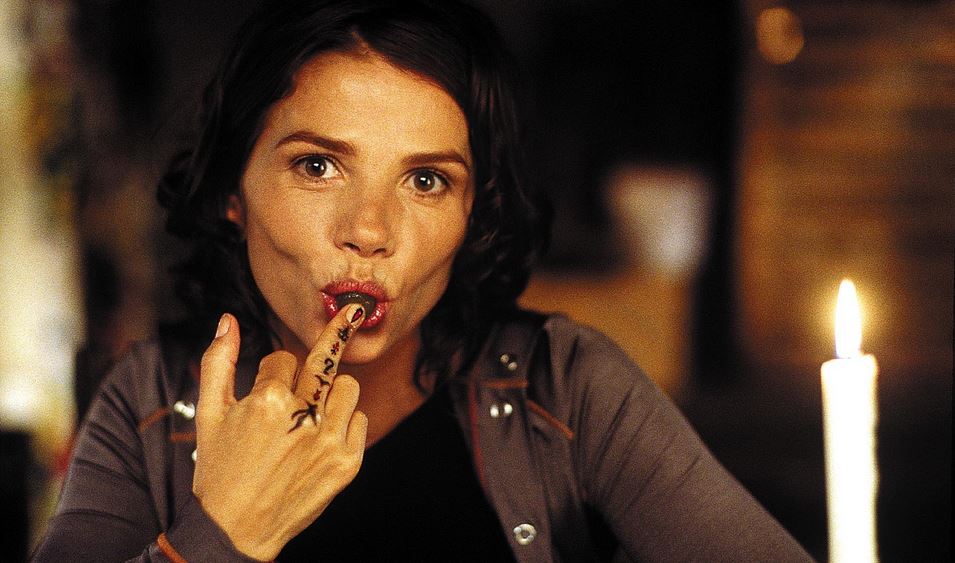 The renowned Icelandic actor Baltasar Kormákur has turned in a delightfully wry, finely observed comic drama for his directorial debut.

The film centres on the unsatisfactory love life of a twenty eight year old slacker. Hlynur (Hilmir Snær Guðnason) still lives at his mother’s, in the same cluttered bedroom he grew up in, surviving on whatever social benefits he can get his hands on. Local girl Hofy (Þrúður Vilhjálmsdóttir) is inexplicably drawn to him, but he has eyes for the new lodger – his mother’s flamenco teacher, Lola (Victoria Abril).

When his mother is away visiting relatives, Hlynur and Lola get drunk and end up in bed together. The complications pile up when Lola announces that she’s pregnant and Hlynur’s mother reveals that she’s in love with Lola.

Becoming your own child’s step-brother, having slept with your mother’s girl-friend are examples of the kind of surreal relationships that wouldn’t be out of place in a Pedro Almódovar film. Neither would the casting of Almódovar favourite Victoria Abril.

The deliberate coolness of the cinematography is nicely balanced by the lively score, co-written by Damon Albarn, and featuring several arrangements of the appropriately-titled Kinks hit, Lola.

The unwelcoming, snowy, spartan suburbs of Reykjavik at Christmas-time are an effective metaphor for the emotional emptiness of Hlynur’s love life. “There are no insects, no trees, no nothing” he observes. “The only reason why people live here is because they were born here”. As such, you won’t find the Iceland Tourist Board recommending this film, but as an offbeat character study, it’s a curiosity well worth checking out.