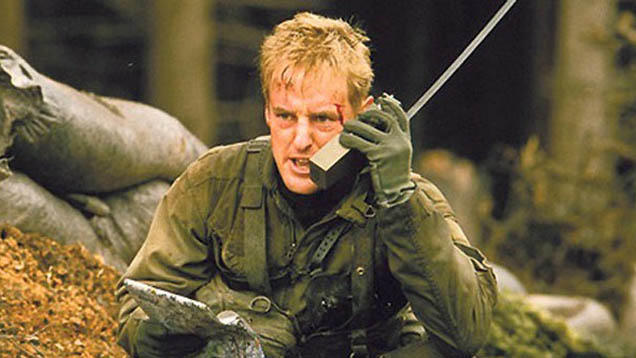 You might recognise Owen Wilson as the writer of independent films such as “Rushmore”, or the quirky comic sidekick in films like “Shanghai Noon”, “Meet the Parents” and “Zoolander”. Either way, he’s not the obvious choice for an action lead.

Wilson plays Lieutenant Chris Burnett, a US naval pilot who’s bored of watching the Bosnian War from the air, when he joined the military to get some action. But his days as a voyeur end when he flies off his designated path during a reconnaissance mission and spots some renegade Serb forces, who are breaching the terms of a fragile peace deal. However, they spot him too, and shoot him down.

The ruthless Serb gang hunts Burnett down as he treks across Serb-held territory, waiting to be rescued. But NATO won’t let his commander, Admiral Reigart (Gene Hackman), send the troops in because the ceasefire would be put at risk if people discovered that Burnett had flown off mission.

Trying to make an impression in his debut feature, John Moore’s direction gets messy, with some scenes shot documentary-style and others sped up or slowed down, for no particular reason. And after some pointless character-building scenes are out of the way, Owen Wilson delivers a surprisingly competent performance in his first leading role.

“Behind Enemy Lines” is a corny, formulaic, and predictable cat-and-mouse thriller, in a world where the baddies always miss and the goodies can outrun the shrapnel from every landmine they set off. But with one taut action scene after another, as long as you leave your brain at the door, this is an a glibly entertaining ride.