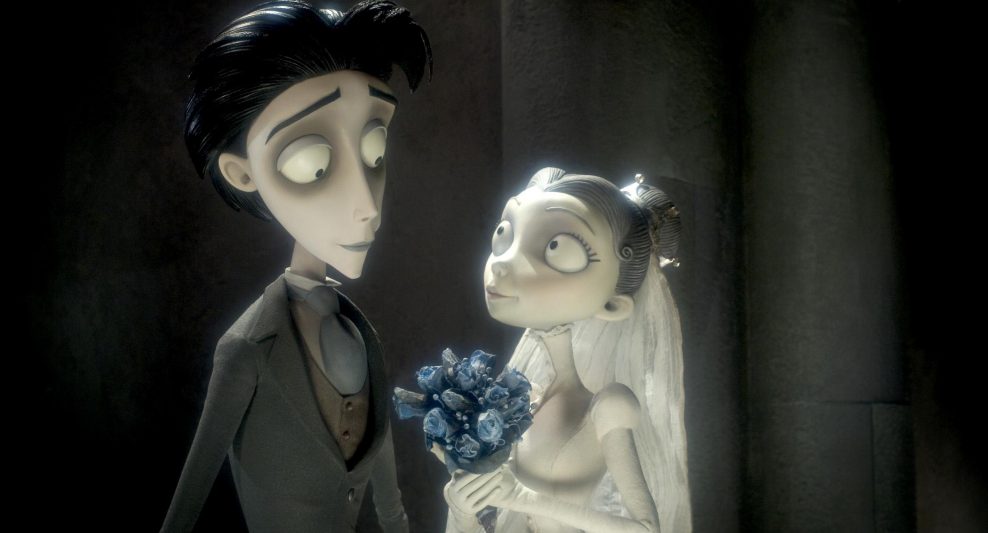 Victor’s (Johnny Depp)’s social-climbing parents are trying to marry him off to the Victoria (Emily Watson), the daughter of the aristocratic Everglots. But unbeknown to Victor’s parents, the Everglots have fallen on hard times, and were hoping that marrying their daughter to him would turn round their own fortunes.

The couple first meet a day before their planned wedding, but at the rehearsal, Victor loses his nerve. He dashes into nearby woods to gather his thoughts and practice, by slipping his wedding ring onto a dead branch, sticking out of the ground.

But as it turns out, this isn’t a branch – this is the bony arm of a skeletal bride (Helena Bonham Carter), cursed to remain in limbo until someone places a wedding ring on her finger.

The Corpse Bride falls instantly in love with the man she believes to be both her suitor and her saviour, and takes him to the underworld, where she hopes to spend the rest of eternity with him. But Victor has other ideas, and does all he can to escape, and to find Victoria, before it’s too late to find happiness with her.

After years of recent animations being computer generated, we’ve been spoiled with two stop-motion films in as many weeks – first Wallace and Gromit and now this.

Burton revisits themes from many of his previous films – a humorous a surreal take on death and the underworld – and as you’d expect, he’s a master of his subject.

He has a remarkable way of making the dead characters spring to life – bursting with warmth, charm, colour, and personality – while the living characters are dull (in colour and personality), bitter, cold-hearted and selfish.

He’s also made it a musical, but it works, with the songs carrying the story forward, rather than getting in the way. And the living characters sing suitably dark and morose ditties, while a bunch of dead skeletons perform remarkably jolly song-and-dance routines.

Witty and comic as it may be, with death as its central theme, it’s not really a film for young children, but for young adults and up, it’s one trip to the underworld that’s thoroughly recommended.