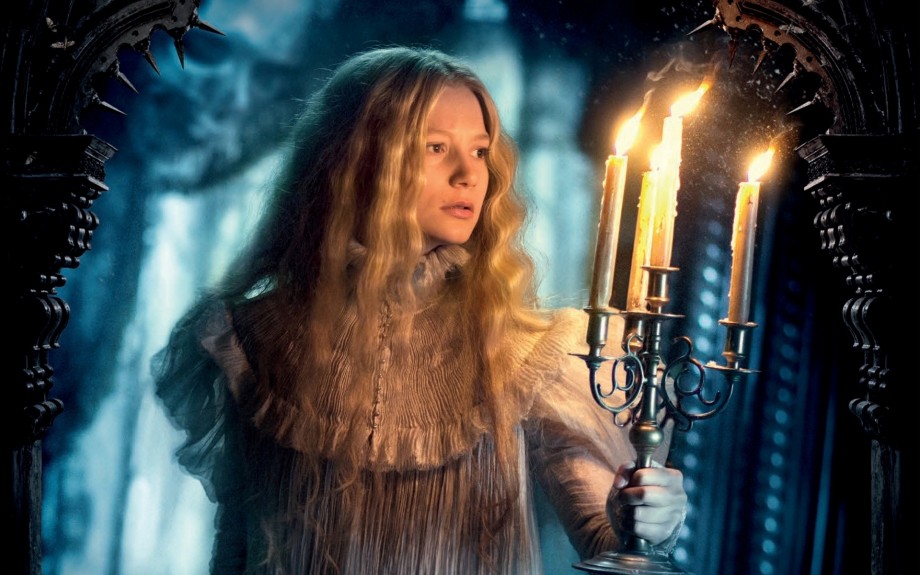 The 20th Century is just around the corner and American industrialist Carter Cushing (Jim Beaver) receives a visit from an English aristocrat, Sir Thomas Sharpe (Tom Hiddleston), who’s fallen on hard times and is trying to raise money to develop a mining machine.

Cushing’s daughter, Edith (Mia Wasikowska), is an aspiring author, trying to sell her ghost story, but in those days, if a woman turned up with a manuscript, most publishers commented on little more than her handwriting.

Cushing wants Edith to settle down with the charming local doctor, Alan McMichael (Charlie Hunnam), so when he realises that she’s falling for Sir Thomas, her father does some digging and uncovers secrets that confirm his distaste for the outsider.

But with the help of his sister Lady Lucille (Jessica Chastain), Sir Thomas persuades Edith to join him back in England.

When they arrive at the Sharpe’s family mansion, Edith starts to wonder whether she’s made the right decision, as she realises that there’s more to Thomas, Lucille and the faded glory of their gothic mansion than meets the eye.

True to form, from the Victorian-era costumes, cavernous interiors and desolate exteriors to the swirling ghostly figures and red clay seeping to the surface like blood against the snow, the imagery is arresting.

But this time, del Toro has become complacent; the same motifs – swirly, smokey ghosts, bloodlike clay – appear over and over again and with so much of the film taking place in the same empty mansion, even the impressive visuals soon become tiring.

Even more tiring is the story itself, which – even before it starts – feels familiar. The overlooked daughter of a successful businessman, who picks the charming mysterious stranger over the eligible doctor next door, and lives to regret following her heart rather than her father’s head. The unexpected and unlikely hero coming to the rescue. The true motives of Sir Thomas are signposted from the first scene he appears in, asking for money, while the reality of the relationship between him and his sister comes as no surprise at all – only the clunkiness of his effort to extricate himself from the situation is unexpected.

There’s a convenient inconsistency in the apparitions and they have too little active involvement in the unfurling of the story – they should be at the heart of the film, not lurking in the shadows.

For a cast of this calibre, the acting feels surprisingly wooden – perhaps weighed down by a clunky script that can convince the actors no more than it can the audience.

There are certainly a couple of unsettling moments, but for what’s billed as a gothic, romantic horror, del Toro’s biggest failings here are that there’s disappointingly little chemistry between Wasikowska and Hiddleston and it’s not actually particularly frightening. If it’s any consolation, it’s certainly Gothic.