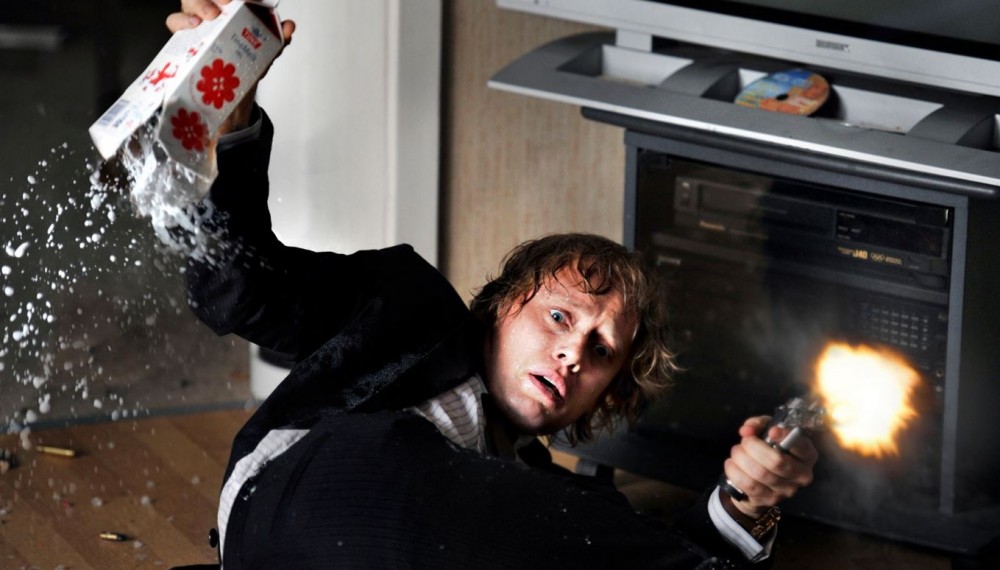 Roger (Aksel Hennie) is a headhunter in Oslo, short in stature but big in ambition.

He finds a senior executives to run Norway’s biggest companies and takes a nice commission – but it’s surely not enough to fund his extravagant lifestyle; a three million pound house and a wife, Diana (Synnøve Macody Lund), who likes all the trappings that come with success.

To make the extra cash, he has a gig on the side; he sneaks into the homes of executives he’s set up with interviews, steals valuable works of art and replaces them with fakes.

He struggles to keep his head above water until he finds out that a visiting executive from Denmark, Clas (Nikolaj Coster-Waldau), has a genuine Rubens in his flat.

This could make him millions.

But in time honoured fashion, his perfect crime doesn’t go to plan – with consequences that will change – or end – the lives of all those involved.

From the intricately planned burglary in the opening sequence to a bloodbath at a remote forest cabin, via a chase involving a tractor with a dead pitbull speared on the forks, Headhunters is a thrilling ride.

From the best-selling novel by Norwegian crime writer Jo Nesbø, once Roger’s world starts to implode, the action and excitement never let up.

The audience gets only one or two moments to come up for air as the breathless thrills pile up in quick succession.

It’s also peppered with surprisingly light humour for such a dark and twisted tale.

Such a complex cloth is bound to start to unweave as it ages, gently fraying at the edges from time to time, but the unravelling of the plot is so skillfully executed and the ride is so breath-taking that such minor quibbles can be excused as they will be forgotten.

It will be tough for any film-makers – anywhere in the world – to top this for action-packed thrills wrapped up in a coherent and entertaining narrative; it’s sure to be one of the films of the year and it’s no surprise that Hollywood has already snapped up the rights to turn this latest Scandinavian success story into an English-language block-buster. But catch it in its original form if you can.

And with most Norwegians being proficient in English, it’s likely that as with the talent behind the Dragon Tattoo films and Let the Right One In are certain to be headhunted by Hollywood themselves.