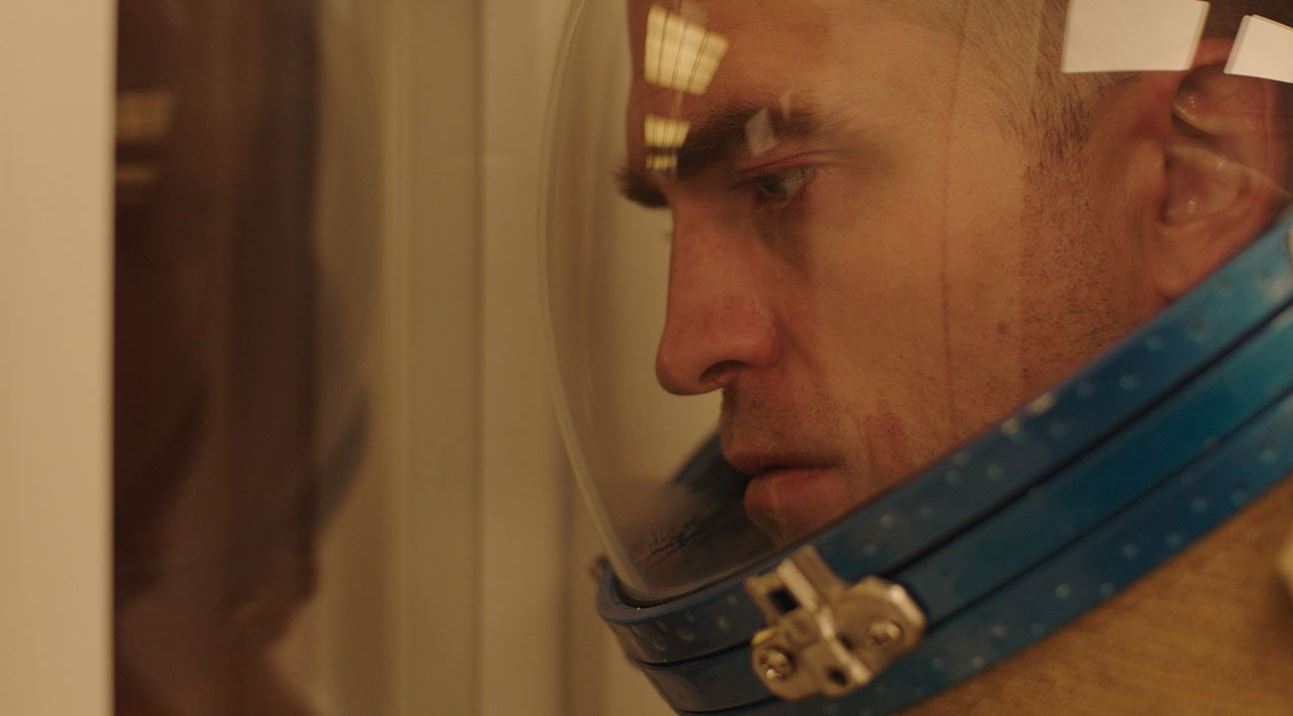 Monte (Robert Pattinson) is travelling on a space-craft, hurtling through space towards a distant black-hole.

His only travelling companion is a baby girl, Willow (Scarlett Lindsey).

But it wasn’t always this way; when the space-craft set off from Earth, it was fully populated by a crew made up entirely of prisoners, whose death sentences had been commuted to take part in a mission to mine clean energy form a black-hole.

Much as inside a prison, there are friends and rivalries, cliques and crazies among the crew-members.

Key to the success of the mission is procreation and the on-board doctor (Juliette Binoche) has her own ideas about how to achieve this, but Monte isn’t interested in playing ball.

The first English-language film from the idiosyncratic French auteur Claire Denis gives Robert Pattinson yet another opportunity to break away from the Twilight character that he’s been trying to forget about ever since it made him one of the world’s most popular pin-ups.

In a cool and measured performance, he portrays frustration and regret effectively. Juliette Binoche’s mad scientist is necessarily an uncomfortable watch, while most of the other characters largely serve much the same purpose as the supporting cast in such films as Alien, where they’re just biding their time until the director decides they don’t need them anymore.

Told confidently out of sequence, it’s a slow and brooding affair that apes many sci-fis, prison dramas and survival films that have come before it but doesn’t seem to have the confidence of purpose of many of its predecessors.

There are scientific inconsistencies and a big reveal, towards the end, is handled clumsily – perhaps deliberately so, in order to disorientate the audience, but it’s unnecessarily confusing, to the extent that until you realise what’s just happened, it takes you away from the narrative.

Its pace gives you time to stop and think – and it’s certainly a thought-provoking work, but it’s difficult to engage emotionally with what’s going on, because inevitably for a film entirely populated by murderers, there aren’t many particularly likeable characters.

The film tackles some deep issues but without really getting its teeth into them and perhaps ironically for a film about a spaceship speeding towards a remote black hole, it seems to take a long time to get not very far.