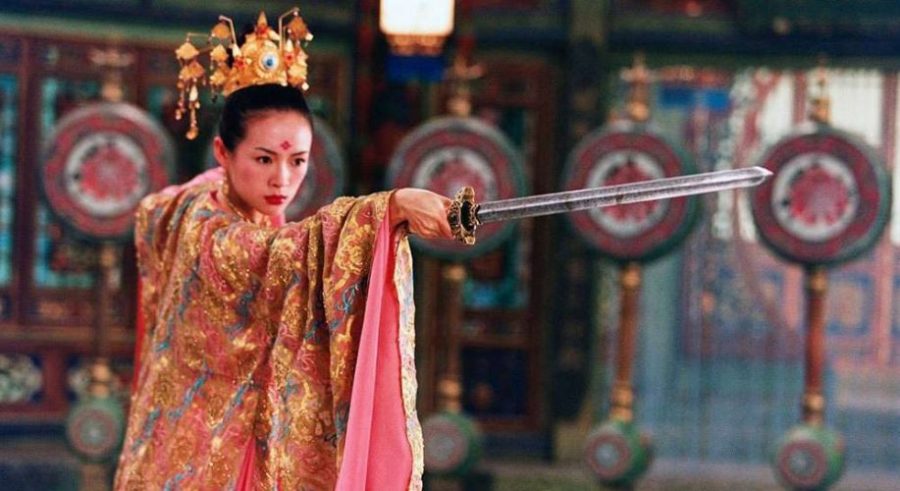 In 9th century China, imperial guard Jin (Takeshi Kaneshiro) pretends to be an anti-government rebel and breaks the beautiful, blind daughter (Zhang Ziyi) of an insurgent leader out of jail.

Winning her trust, through a series of elaborately staged battles, he’s able to get to the headquarters of the ruthless rebel group, the House of Flying Daggers.

But his cunning plot to overthrow the insurgents is thwarted, as all is not what it seems.

A series of false-identities, double-crossings, twists and turns challenge the perceptions and expectations of the increasing number of people, caught up in the drama.

Every bit as beautiful as Zhang Yimou’s recent spectacle, Hero, the photography and choreography are perhaps so unforgettably stunning that – like with the advances in animated films – we’re in danger of taking the magic for granted.

But in this case, in addition to the general cinematic experience, this film has more of a standard narrative story than its predecessor, making it easier to follow, but less mysterious.

It’s biggest failure is that its power fizzles out towards the end, as it suddenly doglegs from the almost incomparable splendour and excitement of the opening scenes — featuring a small band of insurgents fighting the might of the imperial army — to a love triangle drama, whose tragic denouement is signposted a mile off.