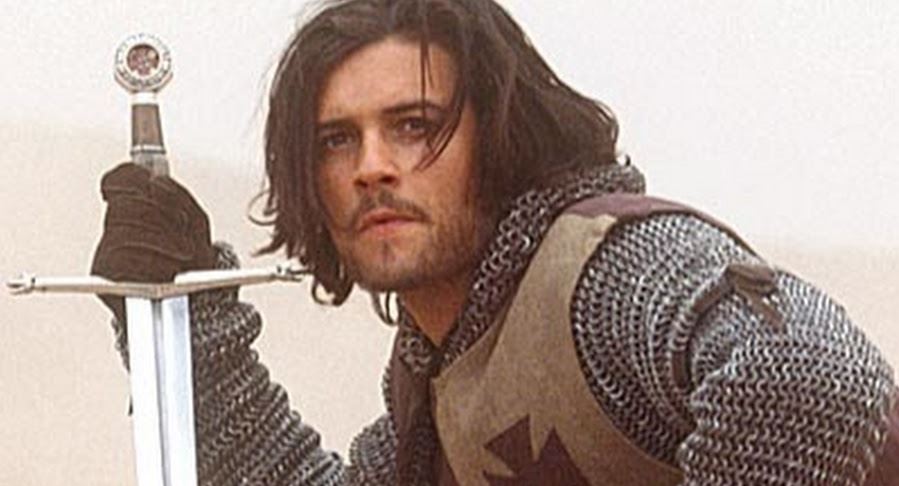 Set at the time of the Crusades, in 1186, Balian (Orlando Bloom), a young French blacksmith, is mourning the loss of his wife and child when his biological father suddenly turns up.

Godfrey of Ibelin (Liam Neeson), a highly regarded baron by the king of Jerusalem, is committed to maintaining peace in the Holy Land and wants his illegitimate son to join him on his mission.

On his sudden death, Balian inherits a title and land in the Kingdom of Heaven, alias Jerusalem.

He then finds himself serving a dying king (a leper), falling in love with the king’s married sister, Princess Sibylla (Eva Green), and heroically protecting the kingdom from invading forces.

This is a visual feast of epic proportions from the great Ridley Scott (Gladiator).

Shot in Spain and Morocco it’s a slow burner culminating in breathtaking battle scenes, particularly the final siege of Jerusalem.

Scott pulls no punches over the brutality of war at that time. He also controversially shows how Christians, Jews and Muslims lived peacefully together in Jerusalem and how tolerant both Christians and Muslims were during that period.

Orlando Bloom gives a solid performance but I suspect this movie won’t do for him what Gladiator did for Russell Crowe. Bloom lacks the gravitas while Eva Green just smolders on the screen. Ghassan Massoud makes for a formidable, charismatic and yet human Saladin.

This film is too long, a bit dull and heavy going at times. It’s also a mystery how a humble blacksmith suddenly turns into a master swordsman and a war strategist. I guess he was his father’s son.