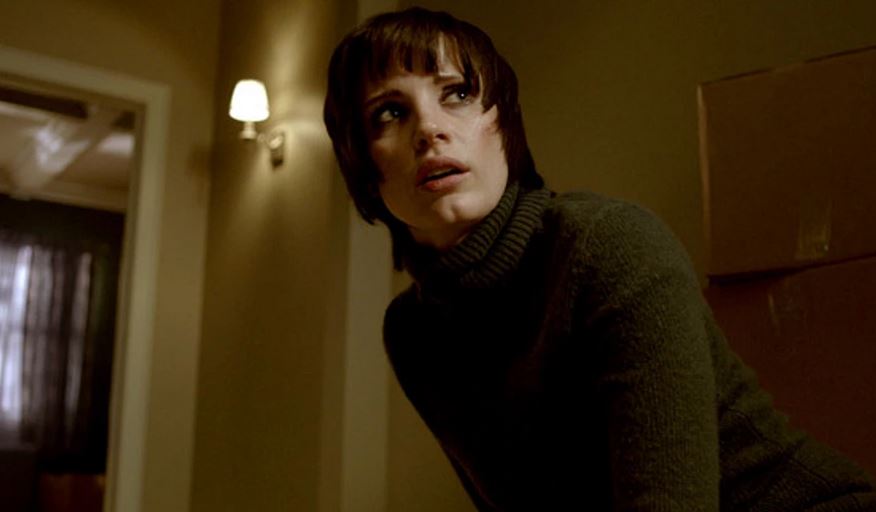 One snowy night, five years ago, Jeffrey (Nikolaj Coster-Waldau) killed his wife, sped off with their kids and was never seen again.

Search parties refuse to give up their efforts to find the family and eventually the two young girls are found in a derelict cabin,  deep in the woods, some distance below the road Jeffrey had used to make his escape, but there’s no sign of him.

The girls are distraught, having had no human contact for five years – the youngest, who was only one year old at the time, has developed feral instincts and is harder to normalise, after the social services finally agree that they can stay with Jeffrey’s brother Lucas (Nikolaj Coster-Waldau again) and his rock guitarist girlfriend Annabel (Jessica Chastain).

As time passes, the girls’ psychologist Dr Dreyfuss (Daniel Kash) becomes increasingly suspicious about how they managed to survive alone in the woods for so long and Annabel starts to suspect that someone is coming to visit them at their house.

Their suspicions are realised when who the girls refer to only as Mama returns to reclaim them.

Mama is certainly full of scares, but most are caused by shadows crossing the screen or sudden loud noises. It’s suitably creepy, but the narrative seems to have got lost with the girls, but never found.

In typical supporting character style, Dr Dreyfuss digs around and uncovers the mystery, while his hard work serves as the baton to help Annabel crack the mystery. This part of the plot works like all the horror formulae that have come before.

But it’s where it tries to be different and put a new twist on an old tale that Mama starts to veer as dangerously off-track as Jeffrey’s car.

For about two thirds of the film, if you put aside the formula, which many genre-fans will want and expect anyway, this will be an effective horror confection, but as it approaches the denouement, it begins to fall apart.

No spoilers here, so don’t worry – but the motivation of Mama is quite clear from very soon into the film, yet when Annabel does something that should resolve Mama’s outstanding issues, it actually makes no difference, and she continues her relentless pursuit of the children regardless – as if the motivation we know to be true has suddenly become irrelevant.

OK, so such a story is certainly not pretending to be inspired by true events, let alone based on them, but there were just too many horror film clichés, with the story failing to be consistent with the world it’s set in.

The key events driving the story also seemed to be just a little too remote from the protagonist; the film starts with a sequence about how a man kills his wife and children and then disappears – all very interesting – and then the girls turn up years later – also interesting. But following this from the point of view of the father’s brother’s girlfriend seems to be a bit of a stretch – Annabel has no real ties to the girls to ensure the audience cares – but more seriously from a plot point of view, Mama’s obsession with the girls also seems to be somewhat tenuous.

It’s a slick horror that ticks every box from a cabin in the woods and flickering lights in an old house to creepy children and an initially unseen antagonist, but it has neither the confidence nor the competence to tick the last box – does it work?