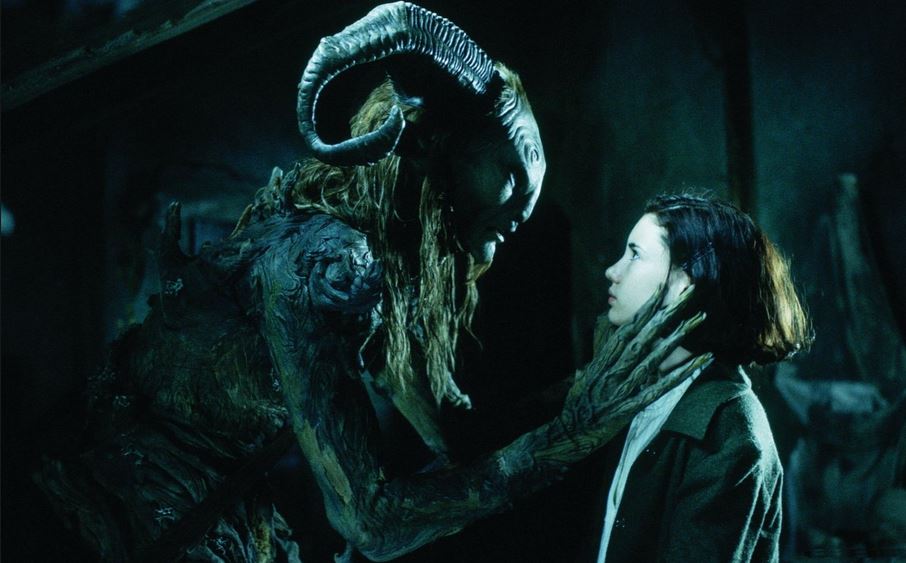 Set in 1944 Spain at the end of the Spanish Civil War – Carmen (Gil) arrives with her daughter Ofelia (Baquero) at the home of her new husband Captain Vidal (Lopez), a cold and authoritarian man in Franco’s army.

Ofelia, finding her new life unbearable, seeks refuge in a mysterious labyrinth next to the family house. There she meets the guardian Pan (Jones), a magical creature, who tells her that she is the long lost princess of a magical kingdom.

But in order to determine if she is the one – she must pass three dangerous tasks.

This is Guillermo del Toro’s (The Devil’s Backbone, Hellboy and Blade 2) most imaginative and most accomplished film to date.

He manages to combine war and fantasy in a masterful stroke and what he failed to achieve in The Devil’s Backbone he finally pulls off in Pan’s Labyrinth.

It’s a multi-layered, thought-provoking movie which pulls no punches.

It’s extremely violent and very graphic. Yet the violence personified, by the brutal captain, is off-set by the warmth of the colourful and wonderful magical world that Ofelia seeks refuge in.

The mythical characters she meets look like something out of Goya’s black period.

11 year old Spanish actress Ivana Baquero is the real star of this film stealing every scene with a heartbreaking and haunting performance. You can’t take your eyes off her when she’s on the screen.

Sergi Lopez makes a chilling, evil captain – the real monster in the movie, representing the horror of Franco’s fascist Spain.

Maribel Verdu gives an earnest yet heartfelt performance as Captain Vidal’s house keeper who fights fascism from within.

This is a dark fairytale for adults but don’t expect a fairytale ending.

It’s a drama that will move you to the core and the end will haunt you for days. One of the best films of the year.