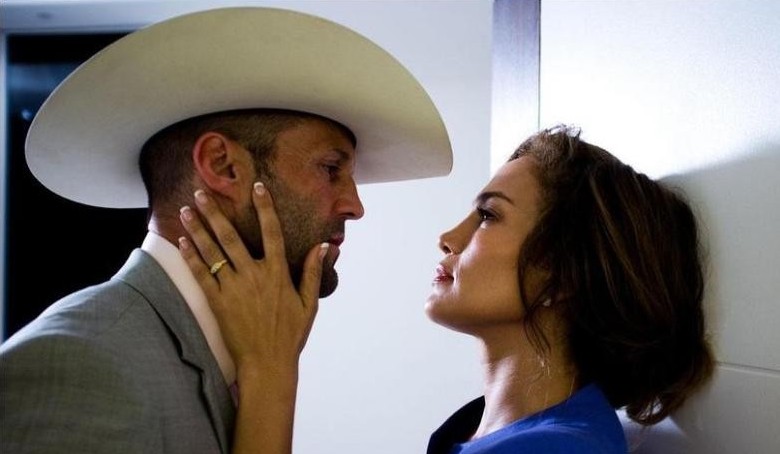 Parker (Jason Statham) is a criminal for hire – but a criminal with a code of ethics. He agrees to take part in an armed robbery, led by Melander (Michael Chiklis), on the condition that no-one gets hurt. But an innocent bystander is caught in the cross-fire and Parker kicks up a fuss.

Melander and the rest of the gang shoot him and leave him for dead at the side of the road.

A passer-by finds Parker and takes him to a hospital where he’s nursed back to health, before discharging himself to seek revenge.

He traces the gang to Palm Beach, where posing as a wealthy cowboy, searching for a fancy new house, he uses local estate agent Leslie (Jennifer Lopez) to get close to Melander and his bosses.

Parker is pretty much what we’ve come to expect from Jason Statham – neatly choreographed action, blood and guts, with little coherence to speak of in what passes for a plot.

He does exactly what’s required of him, but Michael Chiklis – familiar to many from TV’s The Shield – is sleep-walking through his role as a gangster, trying to out-gruff fellow tough-guy Nick Nolte, while J-Lo fills a role that could have been taken by anyone, teetering around unconvincingly as an estate agent with an eye for an adventure.

With an impressive filmography behind him, Taylor Hackford should be expected to deliver a more proficient thriller than this. It’s not as brutal as it thinks it is and J-Lo doesn’t provide the light-relief she’s clearly meant to – apart from two gratuitous close-ups of her back-side, which are playing to a stereotype, rather than pushing any new boundaries.

The film is enjoyable enough, but wholly undemanding and lacking in surprise, with no attempts made to engage on any more than the most superficial of levels.