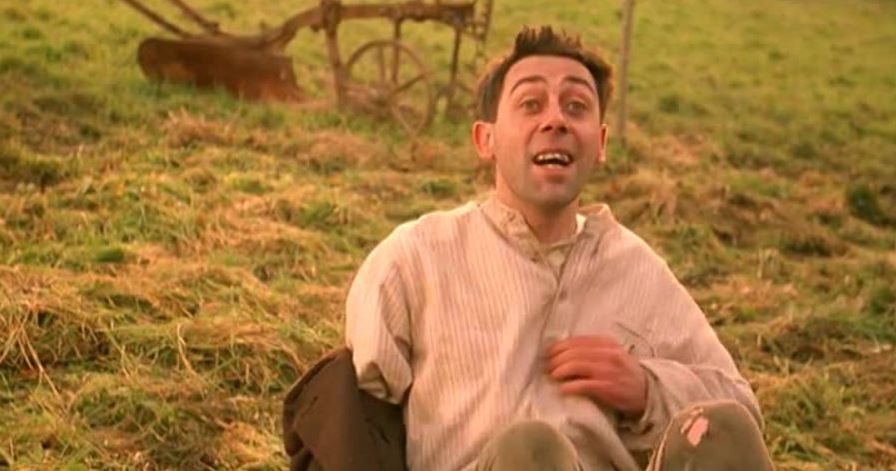 For some, the satire was a bit close to the bone. But Milligan managed to turn a key moment in the history of the Troubles into a largely successful comedy.

Set in 1924, “Puckoon” tells the fictitious tale of how the eponymous village was cut in two when the border between Ulster and the Irish Free State was finalised in a hurry, so that the members of the Boundary Commission could catch last orders.

The inherent randomness of borders is one of the key messages of the film. Some of its best moments revolve around the farcically absurd attempts to get coffins across the new check-point, that separates the church in the south from the graveyard in the north. Similarly, the villagers cram into the northernmost corner of the pub to take advantage of the laxer licensing laws.

But when the film starts to sympathise with the priest, who recruits a pair of bungling freedom-fighters to smuggle coffins full of explosives across the border, the humour leaves a bitter taste in the mouth.

Milligan gave the politics an air of levity, tempering it with a degree of surrealism. But on screen, Puckoon seems closer to the “Carry On” films than The Goons.

With Milligan’s raw material and a highly dependable cast including Sean Hughes, Richard Attenborough, Elliott Gould, and Griff Rhys Jones, you wouldn’t think it could fail.

But, unsure whether to be provocatively controversial, cleverly satirical, or just plain funny, the film ends up being an uncomfortably messy blend of all three.