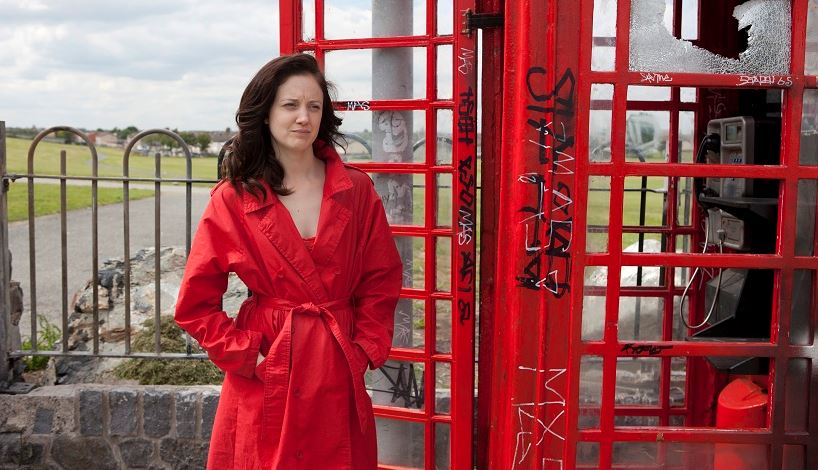 In 1973, Belfast girl Colette sees her younger brother shot dead during the period that became known as the Troubles – the IRA’s armed uprising against British rule in Northern Ireland.

Twenty years later, Colette (Andrea Riseborough) has joined her other brothers Gerry and Connor as an active IRA volunteer in the fight against Britain. When we first meet her, she is planting an IRA bomb at a London tube station, but the authorities are onto her; they make the device safe, take her into custody and offer her a deal.

MI5 officer Mac (Clive Owen) presents her with the evidence against her and offers her a choice; a certain lengthy jail term on the mainland, hundreds of miles away from her young son, or becoming an informant to tell her enemies what her brothers are planning. For Colette, it’s a choice between what she sees as a life that’s not worth living or no life at all, if he brothers find out she’s been turned.

Reluctantly, she agrees to grass on the IRA, with the guarantee that MI5 will protect her and her son. But when Mac obtains the first piece of useful intelligence from her, he disagrees with his bosses about how it should be used; the authorities want to act on the information, but Mac is worried that this will expose Colette as a spy and put her life in danger.

While Colette struggles to hold her nerve, constantly looking over her shoulder as she grasses on her brothers and her former IRA comrades, Mac is having similar problems, unsure who he can trust, as he realises that his boss (Gillian Anderson) is working to a different agenda from him.

This explores some of the same territory as the 2009’s Fifty Dead Men Walking, with active IRA volunteers being persuaded to become informants. There’s a lower body count and fewer explosions, but this slow burning spy drama is every bit as nail-biting.

The key performances are impressive – Riseborough’s tormented terrorist, torn between loyalty to her son and her cause, and Owen’s spymaster, being tugged in opposite directions by his spy and his master – and they’re ably supported by a supporting cast of terrorists and spooks.

Written by TV reporter Tom Bradby – who was once based in Belfast and here gives himself a cameo as a…you’ve guessed it, a TV reporter – the film feels authentic, capturing the periods, both of the early 1970s with the Troubles in full flow and the early 1990s, when the tension was brewing among those Republicans who were willing to negotiate for peace and those who were determined to fight on.

But there are a few times where the plot doesn’t quite feel right – Colette is being watched constantly by her suspicious comrades, but still manages to meet up with Mac in the open and while MI5 seemed to have the upper hand, the IRA were able to do what they needed when the plot required it – but only the greatest films can withstand the toughest scrutiny.

Director James Marsh, who won an Oscar for the documentary Man On Wire, shows here that he is equally comfortable working in narrative fiction, and sensitively dealing with controversial elements of a difficult time in British and Irish history that still hasn’t quite bedded down, nearly twenty years later.

While this film is firmly set in recent history, it feels like many of the same kind of things could still be happening – if not with Irish Republican groups, with the enemy de nos jours, Islamic extremists.

However true to life the events it portrays, it provides food for thought, ratchets up the tension and works as a drama on both a political and a personal level.