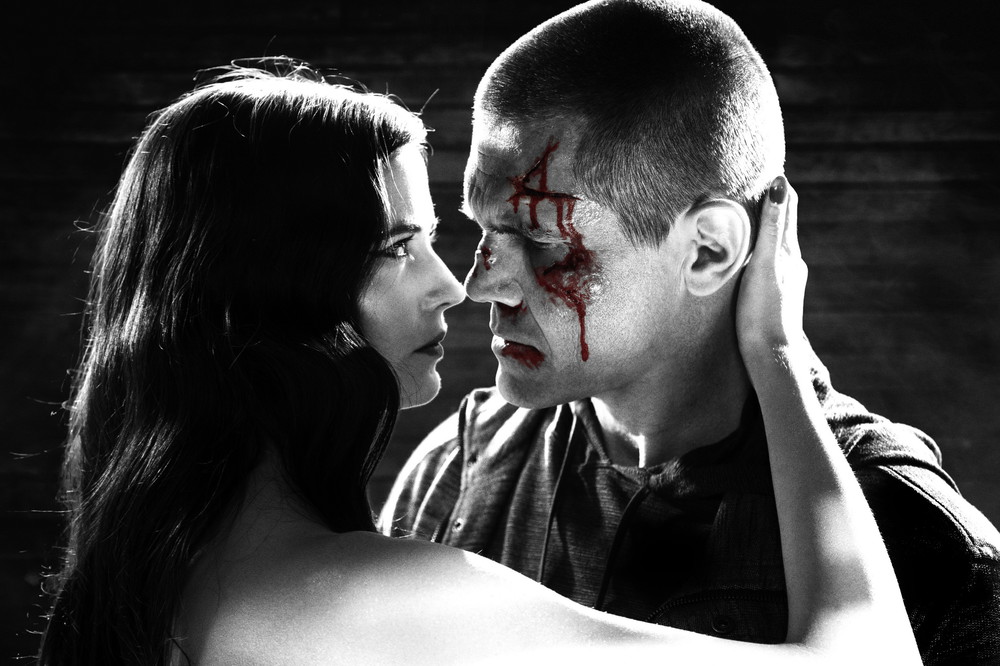 Back in Basin City, we’re treated to more interwoven stories of gangsters, gamblers, hookers, corrupt politicians, other low lives and hard-boiled heroes – some new and some very much familiar from our last visit, a full nine years ago.

Dwight (Josh Brolin) is working as a private eye, helping women to catch their husbands being unfaithful. He drops everything when he gets a call from his paramour Ava (Eva Green). He knows he shouldn’t, but he can’t resist it. When they meet up, she tells him that she’s being abused by her husband and persuades him to do something about it. But all is not what it seems. Is she a “dame to kill for” or is he being lured into a trap?

Cool as a cucumber, cocky young gambler Johnny (Joseph Gordon-Levitt) talks his way into a high-stakes poker game with corrupt senator Roark (Powers Boothe). He wins, but Roark isn’t going to let him get away with his money…if you clean out a corrupt politician in Sin City, you’ve got to keep an eyes open for pliers. And when those pliers come, Johnny vows vengeance.

Then there’s Nancy (Jessica Alba), who’s biding her time as a stripper in a dive bar, where the honourable heavy Marv (Mickey Rourke) keeps a watchful eye over her. She’s waiting for the right moment to avenge the death of her mentor Hartigan (Bruce Willis), who – in the first film – killed himself to protect Nancy from Roark.

When Frank Miller’s Sin City graphic novels first made it to the big screen, nine years ago, it was a visual treat, unlike anything cinema had seen. Familiar hard-boiled characters, in high-contrast black and white, with occasional bursts of colour – mostly red for blood. It was a breath of fresh air to fans of crime novels and comic books.

The story-telling was basic, but the style that lifted it off the screen gave it a breezy freshness that made it a cinematic pleasure.

Returning to the same world, with many of the same characters, this time it’s a little less original. 3D has been added to the visuals, but its ultra-stylised predecessor jumped off the screen anyway. Without its originality, it feels a little more stale – the same type of characters doing the same type of things – gambling, murder, betrayal and deception among others.

The stories we’re told mostly keep your attention – with its brooding menace and futile passion, the femme fatale to kill for of the title is the most satisfying – and it’s interesting to be immersed back in a world where some of the same people and places appear in more than one segment.

Those men we saw last time often seem oddly aged, while the women seem to look the same, and in some cases, the make-up doesn’t quite match their last outing.

With an large number of muscle-bound hunks with impossibly gruff voices, an array of scantily-clad women, with weapons ranging from swords to smiles, it’s like an entertaining second vacation at the same package-holiday resort. If you enjoyed it last time, another visit will tick the same boxes, but don’t expect to see much that’s new.