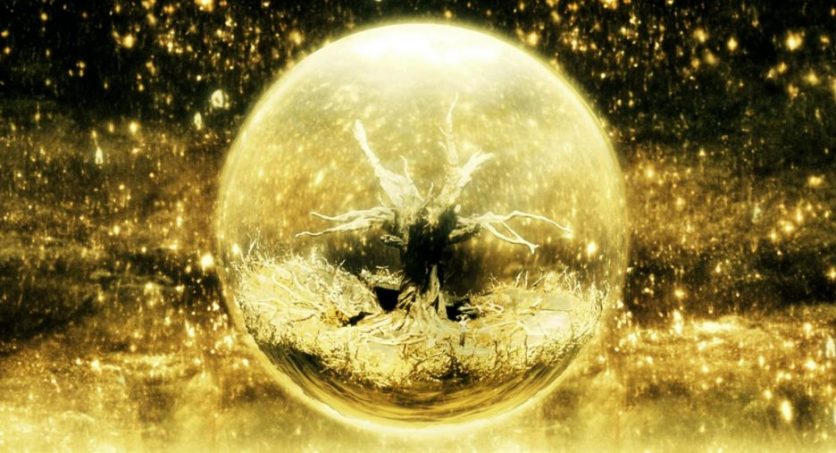 Tommy (Hugh Jackman) is a neurologist who carries out research on the brains of living monkeys, at least that’s what he’s doing now.

Five hundred years ago, he was some kind of a Spanish warrior, fighting the Mayans, for his Queen.

His Queen, incidentally, looks remarkably like the dead wife of his present-day self, who died from a brain condition that could possibly be cured using the results of his research on the monkeys.

Oh – and in five hundred years time, Tommy will be floating towards a black hole inside a bubble containing a big dead tree and precious little else.

Maybe I missed something, but that’s pretty much it plot-wise.

With Pi and Requiem For A Dream, Darren Aronofsky has proven himself to be one of the more imaginative film-makers of the moment. With The Fountain – featuring his wife, Rachel Weisz – he seems to have let his imagination get the better of himself, somewhat.

Of course the film looks fantastic – but you’d expect that – and if that’s the best you can say about a film, it’s damning with faint praise.

The idea of following the same pair of characters through a thousand years of existence sounds like it should be interesting, but their tragic love story somehow doesn’t work, intertwined across the centuries.

Aronofsky seems to have got lost in his own sense of self-importance.

Elements of the film work in their own right – the lovestruck widower, haunted by memories of his dead wife, desperate to use his research to bring her back to life – even the warrior going into battle for his Queen has something to offer (although after Apocalypto, Aronofsky’s vision of the Mayans pales into insignificance).

But it’s the future element, featuring a bald Jackman floating around his bubble in yoga poses, that leaves you cold.

It diminishes what good there was in the other sections, and turns what’s presumably meant to be a tragic love story into a tragically pretentious film that would love to have a story.