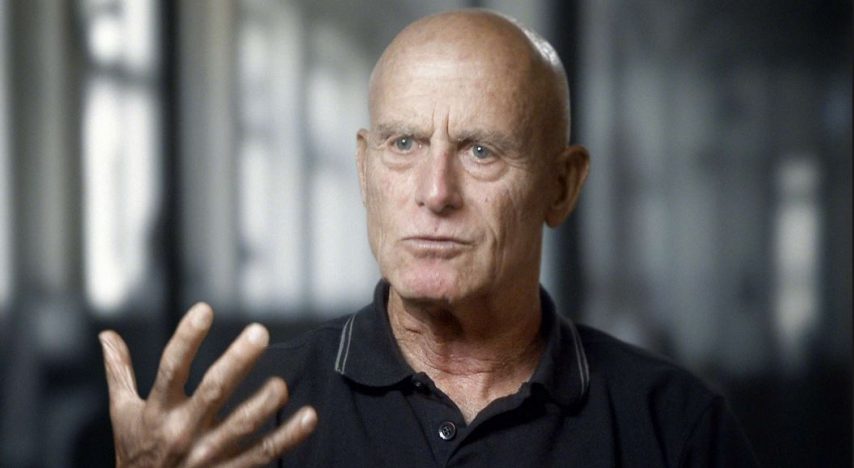 Feared by Arabs and looked to for protection by Jews in the decades since Israel was founded, Shin Bet has led the operation to protect Israeli civilians from the threat of attacks from their Arab neighbours.

The Gatekeepers provides a fascinating insight into the methods used to keep Israel safe – such as targeted assassinations of Hamas leaders in Gaza, the early morning swoops to arrest suspected bombers in the West Bank or the summary execution of armed hijackers within Israel – and seeks their considered views looking back at their own work — and considers how the former leaders see their own work as they look back – and what they think of that of their successors.

While some, in the words of Yaakov Peri, have “become a bit of a leftist” since retirement, others bemoan the fact that politicians were too scared to let them drop bombs as big as they wanted, allowing some of the most dangerous threats to their country to escape.

Overall, though, the message from the former Shin Bet leaders, and the film-maker who has given them a voice, is that the status quo is not working – a truism belied by the fact that Shin Bet still needs to exist at all.

None of the former Shin Bet leaders has spoken publicly about the job since leaving office, so for Dror Moreh to get them all to open up is a journalistic coup of which he can be rightly proud – but getting the right interviewees is only the first part of the documentary making process. You have to ask the right questions – and what the right questions are, particularly on a subject as incendiary as the Middle East conflict, can depend on the message you want to convey.

Whatever message Moreh is trying to convey, his film has been seized on by those claiming that it supports their view. In reality, while Moreh’s own message is clear, unhelpfully, he gets it across much better off screen than in this film.

While the film – and Moreh – is very good at highlighting the controversial practices of the Shin Bet, and is critical of tactics that some see as brutal, it’s not so good at explaining to those unfamiliar with the details of the conflict why Israel feels the need to defend itself in the first place. With only one or two brief images of the Israeli victims of bus bombs in this hour and a half examination of the secret service, uneducated viewers could get the impression that Israel invades and tortures its neighbours for sport.

The oldest former Shin Bet boss, Avraham Shalom, goes so far as to suggest that the way Israel is sweeping across the Middle East, conquering country after country, resembles the behaviour of the Nazis – something latched onto by Israel’s critics: “former Shin Bet leader calls Israel Nazis” – it makes a good headline, but his testimony in this film is the most disingenuous and inconsistent; when defending his own actions, he insists that when fighting terrorism, morality doesn’t enter into it, as the terrorists have no morality, yet when he considers the modern-day tactics of his successors, he calls them immoral. It sounds more like an elderly man, known in his day as the “monster,” trying to rewrite his own obituary.

Perhaps the most interesting journeys are Ami Ayalon, the first to agree to take part in the film and the one who persuaded his colleagues to join him, and Yaakov Peri, who later turned to politics. Both men – Ayalon with frustration and Peri with regret – bemoan the futility of using force to prevent force. Ayalon’s recollection of a Palestinian negotiator once telling him that “victory for us is to see you suffer” is an illustration of how far there is to go before there can be agreement even on each side, let alone between the two sides.

But some of the other former Shin Bet heads proudly boast of their victories, such as killing a Hamas leader by getting him to use a mobile phone into which they’d hidden a bomb and another, rather than complaining that the politicians are too trigger-happy, expressed regret that some Hamas leaders escaped an assassination attempt because ministers would let him use a bomb that had the power to flatten a whole building; in the event, only the top floor was destroyed and it turned out that the meeting was being held on the ground floor.

Some of the events described by the former security bosses are told through archive footage or photos, others are reconstructed, all of which makes parts of the film play like an action film – a real-life Zero Dark Thirty. The honesty and passion of most of the former leaders, regardless of which side of the metaphorical fence they now fall down on, makes for a fascinating insight into the complexities of the underground world of spies, informants and assassins, but the fact that you don’t leave with any idea of how the situation might realistically be resolved tempers the awe with frustration.

The film – and its participants – are actually more balanced than many reports might suggest, as it’s the most outspoken and politically controversial statements that get used to promote it. But while it’s presented as a documentary – and was, indeed, nominated in that category at the Oscars – it plays more like a polemic. But it’s not a diatribe from someone who’s anti-zionist and pro-Palestinian. Moreh is anti-violence and pro-peace. In his redundant Oscar-acceptance speech, which got leaked to the Israeli press, he recalled the words of Israel’s assassinated peace-making Prime Minister, Yitzhak Rabin: “enough of blood and tears.”

But by failing to explore, with his interviewees, how peace might realistically be achieved, half of the story remains untold. We hear Peri and Ayalon telling us everything that the current government should not be doing, but there’s little discussion of what they should be doing. Talking, yes. But as Ayalon eloquently displayed, there is no trust between the two sides and little desire from either of them to give up force – or the threat of force – to keep the enemy at bay. While Peri’s closing thoughts are critical of the way Israel rounds-up terrorism suspects, snatching them from their families in early morning raids on their homes. But how would he suggest that those planning attacks on Israel are rounded up? By writing to them, asking them to pop along to the local police station when they have a spare moment?

Moreh’s analysis plays like a criticism of Israel’s policy towards the Palestinians and its lack of a clear strategy, but this does not make him any less a zionist. One of the highlights of the pre-Oscars events in Los Angeles, was a heated debate he had with the Palestinian director of the fellow nominee, 5 Broken Cameras. “We don’t have problems on our side,” insisted Emad Burnat. It’s perhaps because well-meaning, peace-loving film-makers like Moreh are quicker to highlight Israel’s problems than those of its neighbours that a settlement seems so far off and the international community remains so divided.