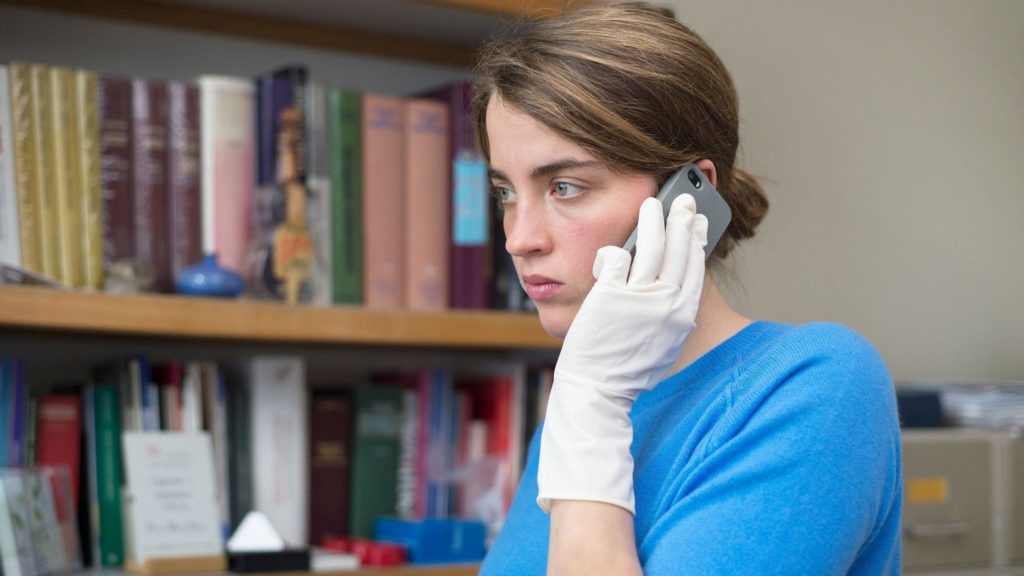 Jenny (Adèle Haenel) is a young doctor in a small local practice, getting frustrated by the intern, who always seems to be under her feet.

After she’s locked up one night, someone rings the bell, but a flustered Jenny turns her away.

When she later discovers that the woman who’d tried to get in had later been killed, Jenny feels guilty – a feel that only gets worse when, with few clues as to who the woman might be, the authorities have little choice but to hold an unceremonious burial.

Jenny takes it upon herself to give the woman some dignity in death that she didn’t have in life, by finding out who she was and how she died – and with the police showing little interest, she has to go behind their backs.

The Unknown Girl was the seventh film in competition in Cannes from the two-time Palme d’Or winning Dardenne Brothers, which means anyone who’s into their work – or familiar with the kind of films selected by Cannes – will at least have an idea of what to expect.

The film’s main publicity shot, of a doctor on a phone, gives little away about the plot or its protagonist, leaving only the surname of the directors to draw in potential audiences.

In their latest effort to expose social injustice, Jean-Pierre and Luc, deliver a perfectly competent piece of film-making that sadly fails to grip viewers or rally anyone to their cause.

For what is trying to sell itself as a detective mystery, the stakes aren’t high enough for the main character to ratchet up any tension. She herself is too melancholic and charmless to engage the audience.

It seems to be a little coincidental that many of the possible suspects happen to have a link, of sorts, to Jenny or her surgery, while others who turn against her because of her investigation seem to be able to do so with impunity, even after it emerges that they are red-herrings.

The Unknown Girl is, by turns, basic, clunky, obvious, uninspiring film-making – showing us rather more doctoring that we require – OK, we get it, she’s a doctor!

There are many long scenes with little movement, there’s almost no music, even under the closing credits, characters often just turn up to announce something important and then go away again, and it’s certainly too slow and lacking in anything much to have a running time just shy of two hours.

The central performance makes the film perfectly watchable, but it’s tremendously spartan film-making that won’t secure much admiration from anyone who’s not already a convert to the vision of the Belgian brothers.