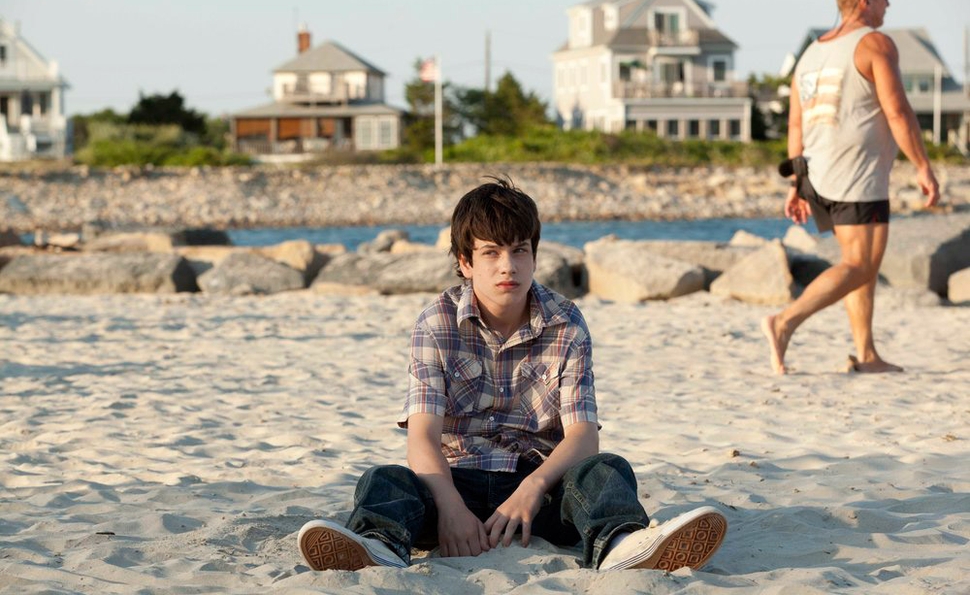 Shunned by the cool kids in the neighbourhood – including Steph – Duncan commandeers the only bike he can find and sets out to explore the area, stumbling across a local water park, where he can relax and be himself.

A park employee, Owen (Sam Rockwell), spots the loner and takes him under his wing – becoming a friend, a mentor and a father figure. Owen even gets Duncan a holiday job at the park – something he doesn’t want to have to explain to his family.

The more time Duncan spends with Owen, the more his confidence grows and as he comes out of his skin, a friendship blossoms with the girl next door, Susanna (AnnaSophia Robb).

But just as he’s starting to enjoy his holiday – and even his life – an unexpected turn of event back home looks like it could end up undoing everything.

This is a thoroughly disarming and charming coming of age film.

It’s nothing particularly fresh – a kid who is already a loner, being taken even further out of his comfort zone during the summer holiday – but it’s well handled, with genuine performances, if a slightly contrived storyline.

Steve Carell and Toni Collette – both so good in Little Miss Sunshine – are back together, as a couple this time, and Collette, as ever, is able to wring tears out of the most hardened audiences as she realises her summer break hasn’t quite gone to plan. It’s interesting to see Carell playing so against type; in Knocked Up, it was joked that Katherine Heigl’s interviewer had, against the odds, managed “to make Steve Carell look like an ass-hole” – this film does that with bells on.

But the real energy of the film comes from Sam Rockwell’s mentor and Allison Janney’s grotesque neighbour.

Written and directed by the pair who penned The Descendants, The Way Way Back is a very grown-up film about a teenager, who himself feels like he’s more grown-up than the adults around him.

There’s not much too this film, and narratively it unrolls in fits and starts, but Duncan’s emotional journey is deftly handled, thought-provoking and warmly entertaining.