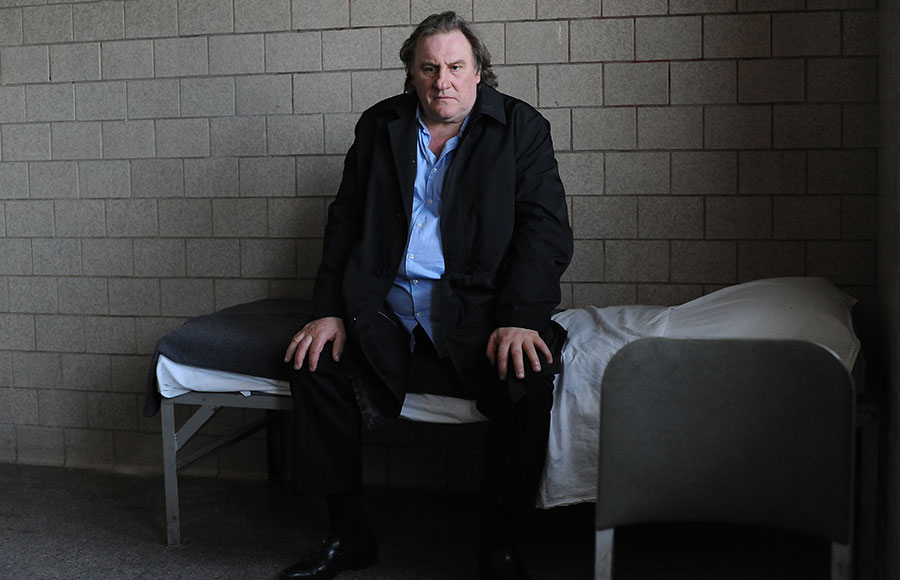 Devereaux (Gérard Depardieu) is planning a career change; after running a major global banking group in the US, he’s planning to return home to France, where he’s the favourite to win the upcoming Presidential election.

But he has a weakness. Women. On a brief stopover in New York, after enjoying a night of sex with a number of escorts in his hotel suite, he jumps out of the shower the following morning to find the maid already in the room.

Instinctively, he grabs her, pulls her towards him and pushes her to her knees at his feet. She fights her way free and flees. He gets dressed, has lunch with his daughter and heads to the airport. But that’s as far as he gets.

Devereaux is detained by the authorities and brought back to Manhattan, where he’s questioned about – and then charged with – the rape of the maid. The American legal system brings this once powerful man down to earth with an almighty bump.

Enter his long suffering wife Simone (Jacqueline Bissett), a multi-millionaire heiress who’s long been grooming Devereaux for the Élysée Palace. Mortified – although not particularly surprised – by her husband’s alleged behaviour, she sees her plans slipping away, flies in to support him in public and does all she can to try to keep her dreams alive.

The story might sound familiar, but the names won’t. Rather than purporting to be the true story of the former IMF boss Dominique Strauss-Kahn, the longest disclaimer for years makes clear that this film uses genuine court records, but uses its imagination outside the courtroom.

But it explores if not the actual details of the Strauss-Kahn scandal, the story of a powerful man, brought down by an uncontrollable sexual hunger and demonstrates what a leveller the criminal justice system can be; when you’re naked in a cell with two prison guards, it doesn’t matter how rich or powerful you are. “Do you know who I am?” won’t get you anywhere.

The director Abel Ferrara and his star Gérard Depardieu make no effort to make the protagonist at all likeable but that makes the central performance all the more magnetic, as the system relieves him of his influence and dignity and replaces it with the helpless vulnerability that his previous world thrusts on the women he leaves trailing in his wake. Hours apart, the naked hunter becomes the naked hunted.

The sympathy in this film falls on Depardieu’s wife, as Jacqueline Bissett’s character demonstrates that money can get you only so far. Her screen presence is every bit as strong as his and the sparring matches between the pair make for gripping cinematic drama.

The film also examines the role of the media in such high profile cases and underlines the incompetence of prosecutors who need to learn that if they bring the wrong charges, they’ll find it harder to secure justice for the victims. And it raises questions about the relationship between money, power and justice, whether from the point of view of the central character, his wife or the woman who makes the allegation.

The story itself isn’t particularly complex and much of the plot is unrolled through exposition, but since many of the twists and turns will already be familiar to viewers from the news coverage of the time, the satisfaction comes from the tight and confident direction of two veteran actors at the top of their game. To whatever extent the events are real or imagined, you’ll find it hard to take your eyes off the screen.