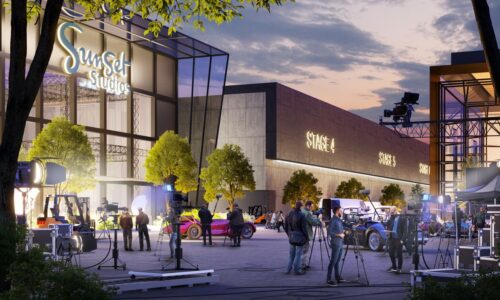 Work will begin next year to build a new $1 billion (£700 million) film studio complex in Hertfordshire, after local councillors in Broxbourne granted planning permission to the project.

The American investors behind the development, Blackstone, and the property company Hudson Pacific, announced plans for the studio after buying the land last summer.

The firms – which run Sunset Studios in Los Angeles – say the project will contribute £300 million pounds to the local economy every year, creating up to 4,500 jobs.

The leader of Broxbourne Borough Council, Lewis Cocking, said the complex – to be known as Sunset Waltham Cross Studios – was a “fantastic opportunity” for the area.

The complex – which is expected to open in 2025 – will compete with rival studio space near London, including Pinewood to the West, and Elstree and Leavesden, both near Watford.

The head of Blackstone Europe, James Seppala, said the complex would be “a world-renowned hub for content creation and creativity that will help assert the UK’s role as a premier destination for creating entertainment”.