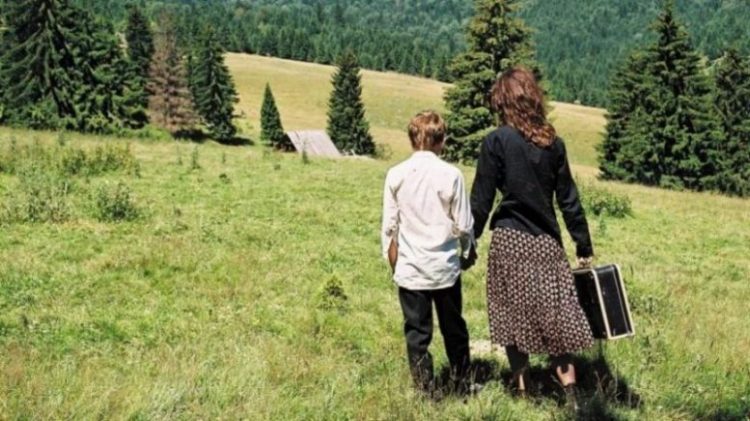 Katalin (Hilda Péter) goes on the run from her Transylvanian village with her son Orbán (Norbert Tankó), when her husband finds out that the boy isn’t his.

She tells Orbán that they’re going to visit her mother, but she clearly has another motive – and even Orbán soon grows suspicious.

Travelling by horse-drawn cart and staying in the cheapest, most basic accommodation she can find, they make their way across the Hungarian-speaking part of Romania, towards a village which holds the answer to who Orbán’s true father is – and the horrific events that brought it about.

This is perhaps the oddest of films for a British director to choose as a debut feature – a Hungarian-language, Romanian-set drama.

Even at less than eighty-five minutes, it feels slow and drawn out, largely because there’s not that much happening.

But what actually does happen is worth sticking around for.

It’s an intense drama – immaculately played – following a woman on her epic, fatalistic journey to put right the wrongs of the past.

It offers a fascinating insight into the life-styles and culture of the people of Transylvania – particularly interesting given that Romania is now in the EU.

It’s also notable that despite the huge cultural differences, at the human level, we all share the same emotions – the same needs.

It’s a remarkably ambitious effort for a first time feature, but it would perhaps have been even more striking as a short film.

Following the main character the whole way, you don’t really get a sense of the brooding menace of the bad people she meets en route and her complete lack of humour makes it hard to feel for her, despite the horrors she’s lived through.

Despite the power of the drama, its slow pace, overbearing score and emotionally unrewarding conclusion work against it.