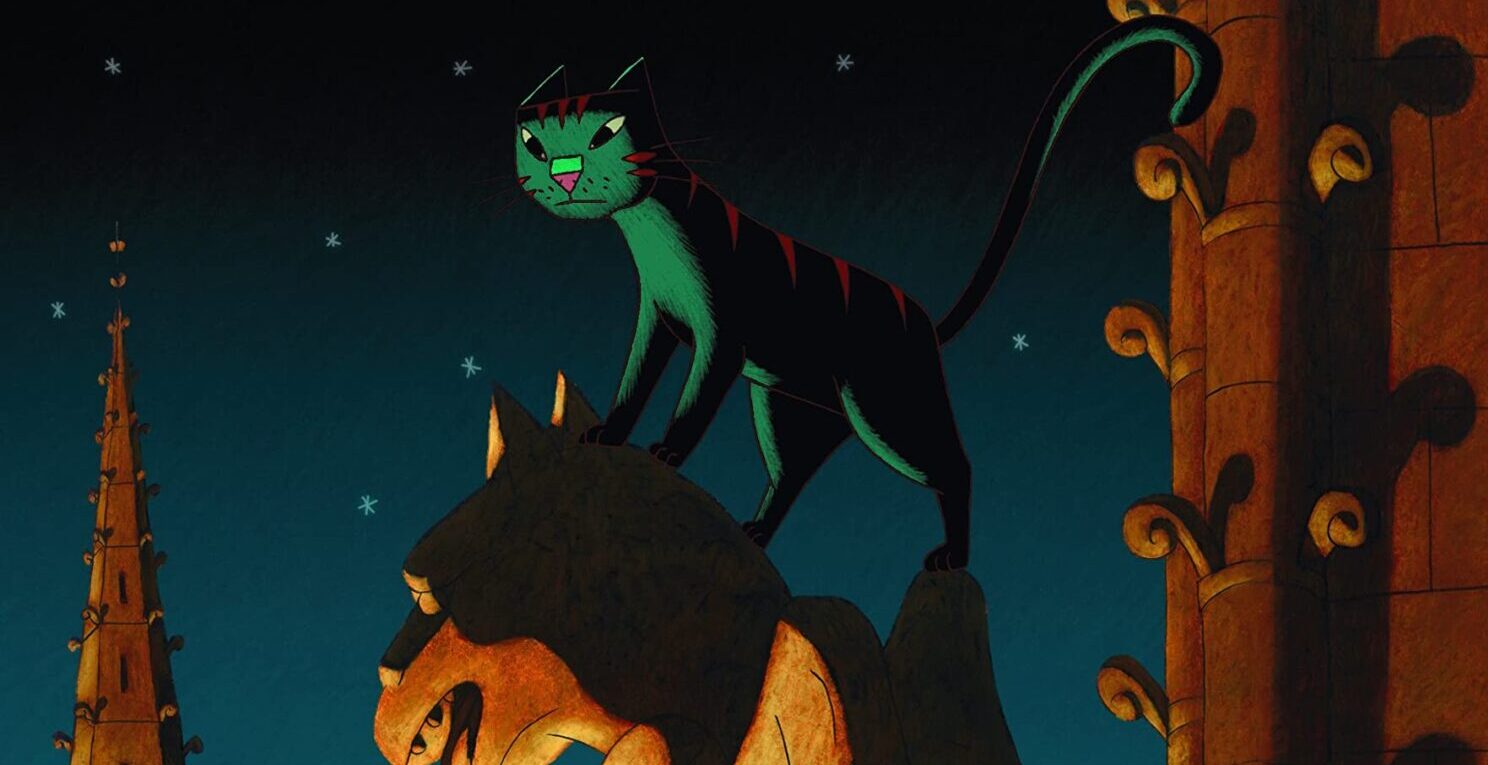 By day, Dino is the adoring pet of Zoe (Jasmine Avlonitis-Perrin), who’s been mute since her father – a police officer – was killed by a ruthless gangster, Victor Costa (Jerry Killick).

By night, he minces along a wall, jumps into a nearby flat and hangs out with Nico (Mark Irons), a cat burglar who’s being sought by a local detective, Jeanne (Sara Vertongen), who happens to be Zoe’s mother.

One night, Zoe secretly follows Dino, to see where he disappears to and unwittingly uncovers Costa’s latest plot.

With Costa trying to silence her, Dino comes to her aid, bringing Nico with him; soon the cat burglar and the police chief are working together to save the girl and bring down the gangster.

A Cat In Paris is a beautifully drawn, simply told story of revenge and redemption – adult themes, perhaps, but suitable for family viewing.

Grown-up viewers might find the story to be a little contrived, with several storylines neatly converging into one, but it makes for a well-paced, easy to follow, exciting and satisfying narrative that will teach younger viewers plotting traits and mature ideas that will give them a head start in understanding the art of story telling – and real life.

It’s a pleasure to watch the good-natured cat burglar redeeming himself through his friendship with the cat, as the deliciously ruthless but increasingly crazy gangster is brought to justice – and, for the younger audience, it’s notable how the villain’s menace is portrayed not through violence but through comic exaggeration.

Originally in French, the English-dubbed version is a peculiar mix of English and American accents and doesn’t always sound convincing, but the visual style of the animation is always engaging – particular the action sequences, where the cat burglar – and the cat – are running across roofs or swinging from gargoyles.