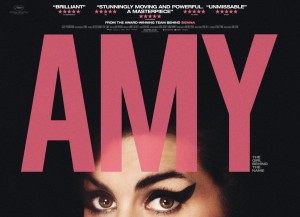 The acclaimed documentary about Amy Winehouse is to be screened at the Glastonbury Festival on Thursday, 25th June, a week ahead of its theatrical release across the UK.

Amy, directed by Asif Kapadia, will be shown on the William’s Green stage, after a Q&A with the film’s editor, Chris King.

The documentary, which received its world premiere as a Midnight Screening at last month’s Cannes Film Festival, features previously unseen archive footage, including video of the star singing happy birthday to a friend at the age of fourteen, as well as frank mobile phone messages between her and her friends.