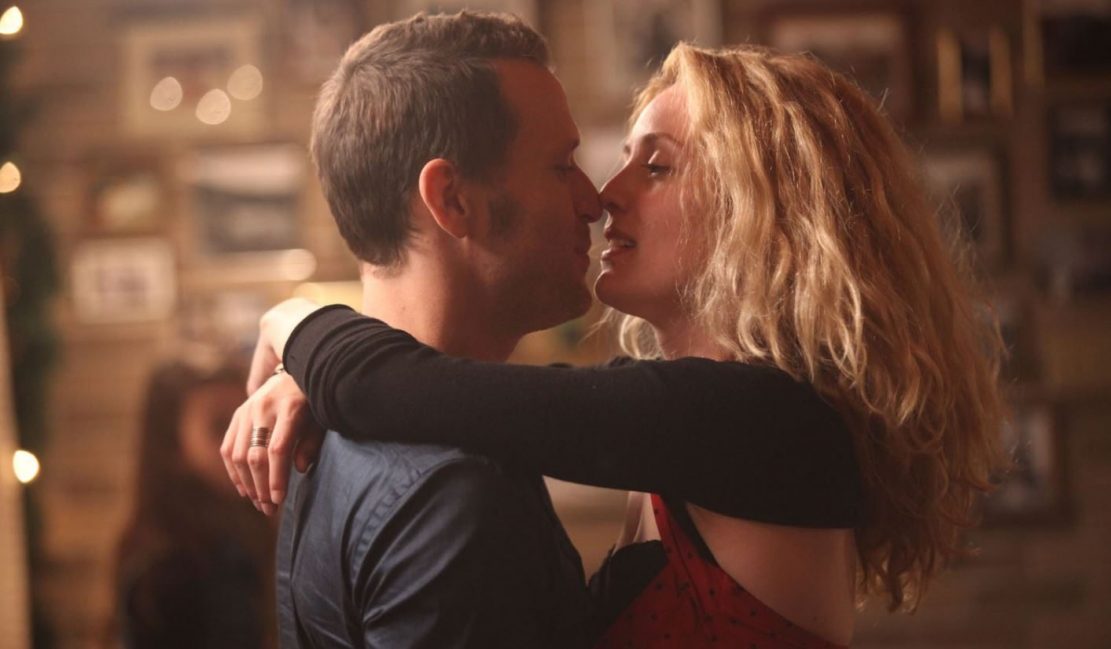 In modern day Quebec, Antoine (Kevin Parent) is a successful nightclub DJ who travels around the world to the reception of a rock-star.

He has two beautiful daughters, an amazing home and a gorgeous girlfriend, Rose (Evelyne Brochu).

Rose his not the mother of his kids. That’s Carole (Hélène Florent) – Antoine’s childhood love; he’s stopped loving her, but she hasn’t stopped loving him and can’t move on.

Things aren’t helped by the fact that Antoine’s parents prefer Carole to Rose.

In 1960s Paris, another story is unfolding. The busy working class Jacqueline (Vanessa Paradis) is struggling to hold her life together, after her husband leaves her, unable to cope with their Downs Syndrome son.

She’s totally devoted to young Laurent (Marin Gerrier) but she has to leave him in day care while she works and she’s devastated when he quickly becomes inseparable from his new girlfriend, the daughter of a wealthy couple, who also has Downs Syndrome. When Laurent would rather be with his girlfriend than with his mother, Jacqueline decides that she has to take action.

These timelines intertwine and – of course – come together, but in an unexpected way that could surprise, shock, enchant or disappoint.

It’s clear from the structure that they’re going to be linked, but when that moment comes, it’s not likely to be anything you’d have imagined.

The tale of Antoine, his women, his daughters and his parents is the more interesting of the two – the relationships are convincing – the difficulties believable.

Less satisfying is watching Jacqueline’s refusal to accept that her young son could enjoy someone else’s company as much as he enjoys hers.

The drab working-class Paris of the 1960s is also less visually appealing than the glittering modern-day globe-trotting of Antoine’s DJ.

Named after a song – that features in both parts of the film – and with Antoine being a DJ, the film clearly considers music to be an important element of the story-telling, almost to the extent of it being a character in its own right – effectively used to paint the mood of each scene.

The taste you have in your mouth when you leave the cinema will depend entirely on how you feel about the denouement – but with so few clues as to how the strands might tie together, it doesn’t make for a satisfying viewing experience, as your opinion of the film will be shaped largely by your thoughts after the event rather than your emotions while you’re watching it.