The second Star Wars spin-off film, Solo, is to receive its World Premiere at next month’s Cannes Film Festival. 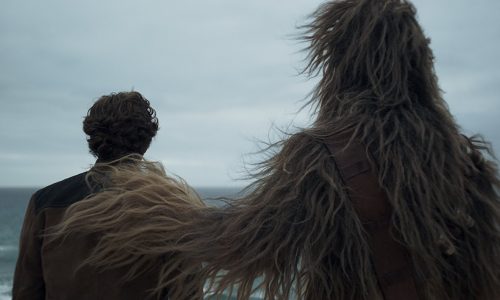 The film stars Alden Ehrenreich as the young smuggler, Han Solo, made famous by Harrison Ford in 1977’s Episode IV of the Star Wars saga, A New Hope.

It will screen, out of competition, on 15th May, at the Grand Théâtre Lumière, the largest cinema on the Croisette, that’s used for the marquee films.

Coming just a day after Asghar Farhadi’s Spanish-language Everybody Knows was revealed as the opening night film, and almost a week before the unveiling of the full programme, this announcement is unusual; the Cannes organisers tend not to drip-feed titles, but this highly anticipated blockbuster will certainly attract more widespread publicity than the festival’s lower-profile opener.

Solo itself will attract additional attention because of its much publicised difficulties during production;  the original directors Phil Lord and Christopher Miller were fired in June last year and replaced by the Oscar-winning Ron Howard.

Two earlier Star Wars films have screened at Cannes, but by no means the most notable; two of the middle trilogy, 2002’s Attack of the Clones and Revenge of the Sith in 2007 were both shown as part of the festival.

Outside Cannes, the wider film-going public will have to wait at least a week to see Solo. It’s released in the UK on 24th May.