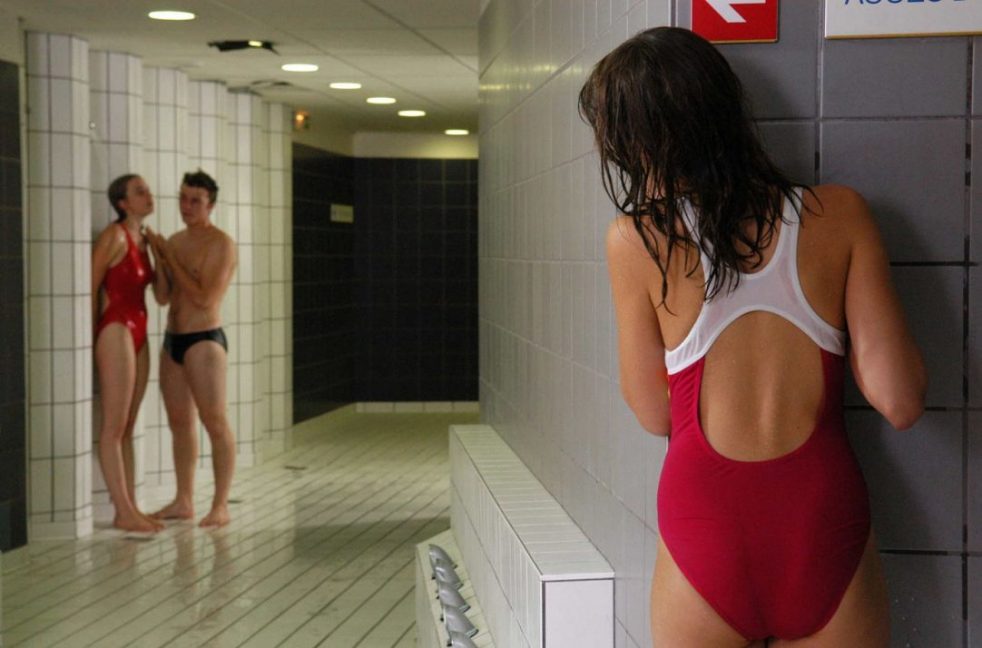 All Anne ever talks about is trying to sleep with the boy of her dreams. All Marie ever thinks about is getting close to the subject of her own childhood crush – the captain of the school’s synchronised swimming team, Floriane (Adèle Haenel).

Floriane is the female equivalent of the American football quarterback that we see in all the US teen movies – sleeping with pretty much any school hunk she likes and hanging around with only the crème of the school’s socialites – she doesn’t even know Marie exists – and even if she did, she’d probably cross the road to avoid her.

But Marie manages to squeeze her way into Floriane’s life – initially by agreeing to do all her dirty work – but soon becomes a confidante – at which point, Anne starts getting left by the wayside.

Marie’s loyalties are torn – but her heart wins out over her head and she’s prepared to risk everything to fulfil her needs.

This is a difficult film to describe, as it depends so much on your perspective.

On the face of it, it’s a warm, coming-of-age story, with strong performances that effectively convey the painful journey of self-discovery and highlight the flaws in both the protagonists and the antagonists.

Films about the sexual awakening of young women aren’t particularly unusual – but a film about the sexual awakening of a young lesbian is – and herein lies the main difficulty; not only does this immediately rule out a chunk of the audience that might – for whatever reason – lose interest in learning that, but it might also rule in the kind of viewers who might be titillated by the idea of seeing fifteen year old girls kissing each other and admiring each other’s scantily-clad bodies.

That aside, this film is a refreshing and brave take on a familiar formula that takes you on the typical roller-coaster ride of emotions.

In a sense, it’s the Brokeback Mountain of college films. A girl rejecting her only friend for her crush – but that crush just happens to be another girl.

But while the performances are genuine, the story is ultimately rather inconsequential and the main character’s inevitable selfishness makes it difficult to feel too much sympathy for her on those occasions when things don’t go the way she hopes.