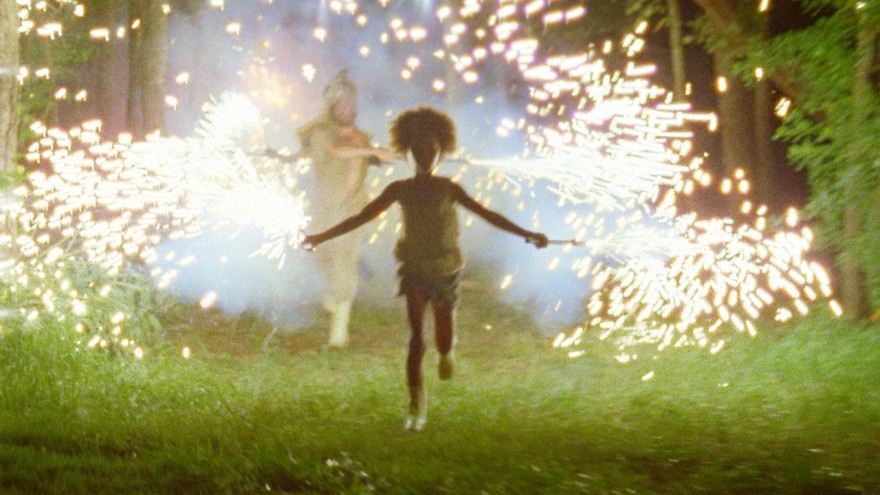 Six year old Hushpuppy (Quvenzhané Wallis) and her father Wink (Dwight Henry) live in neighbouring shacks on the wrong side of the levee in a Louisiana neighbourhood on the edge of New Orleans, known as the Bathtub.

She’s frighteningly precocious while he’s an alcoholic, whose treatment of his daughter swings between fatherly protection and selfish violence. But they both share one goal – to stay in the Bathtub, come what may.

A hurricane comes and washes away many of the homes and possessions of their neighbours and kills many of their animals. The survival prospects are bleak, but – for them – better than being forcibly removed to an evacuation centre.

On the surface, Beasts of the Southern Wild is a tale of determined survival against the authorities and the elements. At its heart, it’s an emotive piece of cinematic poetry, giving at least a hint of comment on the treatment of the bayou-dwellers after Hurricane Katrina.

The poetic element of the cinematography and storytelling – including Hushpuppy’s imaginings of the eponymous giant boar-like beasts – recall the work of Terrence Malick and the first time director Benh Zeitlin’s remarkably confident debut has similarly been recognised with awards and nominations at a slew of festivals from Sundance and Cannes to London.

The actors are as new to cinema as their director, giving their performances a documentary-like freshness to compliment his bold vision. While young Quvenzhané Wallis delivers a powerfully believable turn as a girl who’s forced to grow old beyond her years, her voiceover feels unnaturally blessed with the wisdom of a grandmother who’s seen it all – and more.

The film is beautiful, but ugly – uplifting, but depressing. It has a message, but it’s not a comfortable one and perhaps a little sentimentally delivered, and while it tugs at the heart strings, it’s not as emotionally engaging as it’s striving to be.