Disney’s live-action remake of Mulan is to be launched on its new streaming service, rather than in cinemas. Its theatrical release had been delayed several times because of the coronavirus pandemic, but during the last round of postponements, it appeared to drop off the schedules altogether. 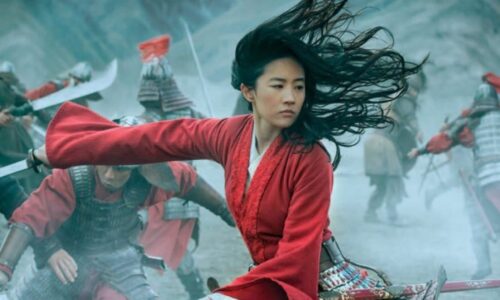 Disney’s new boss Bob Chapek said next month’s release would be a “one-off” and not a “new business windowing model” but the news will, nonetheless, be unwelcome to struggling cinemas that need big titles to attract visitors as they’re allowed to open around the world.

Many other high profile titles, such as Christopher Nolans’s spy thriller Tenet, have been put back to 2021, but Disney has decided not to wait for the uncertainty to settle and instead opted to make Mulan available as a premium title on its subscription service Disney Plus, which has built up more than 60 million customers in the nine months since its launch.

Users will have to pay $29.99 – the equivalent to about £23 – on top of their regular subscription, for a two-day window to watch the film at home, which makes it cheap for groups but expensive for individuals wanting to see the film. The price in the UK has not been confirmed.

Critics have warned that the price-point will persuade groups of people to gather in people’s homes to watch the film, in breach of coronavirus lockdown regulations in many parts of the world.

The chief executive of the UK Cinema Association, Phil Clapp, said, ”With cinemas across the UK now continuing to re-open and welcome back their customers, the decision by Walt Disney Studios yesterday to put Mulan on their Disney+ service and not into cinemas will be seen by many as hugely disappointing and mistimed.”

The film will still be released in cinemas in territories where Disney Plus is not available, including China.