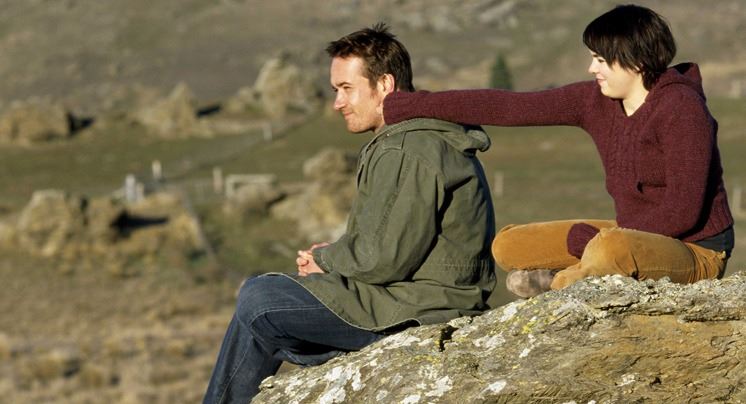 World famous photo-journalist Paul (Matthew Macfadyen) returns home to New Zealand after seventeen years based in London, when his father dies. He doesn’t go for the funeral, but to sort out the inevitable paperwork, and he doesn’t really seem that interested in that, either.

It’s all becomes a journey of rediscovery for him, as he decides to stay for a while, getting a job, teaching at his old school. Reconnecting with friends and family from the past makes him reconsider his life.

But when one of his female pupils disappears, he becomes the chief suspect and ends up losing his job.

As the plot unfolds, long-hidden family secrets begin to emerge, throwing a new light on the events from his past.

The early parts of the film, with Paul reconnecting with the past he thought he wanted to forget, are effectively realised, with the cantankerous photographer shaking off his cynicism and rediscovering the warmth he’s been suppressing.

Once the real plot starts kicking in – secret liaisons and forgotten or uncertain relationships – it all starts getting a little too contrived.

When you realise there’s something darker lurking beneath the surface of this low-key character drama, it becomes a real disappointment, as the surprises aren’t that shocking and often, the characters who are discovering them, in reality, would actually know them already. They’re just being kept from the viewer for dramatic purposes.

There’s a sense in which some of the revelations also seem false, to the extent that you feel the rug has been pulled from under you, so that there was no point trying to work it out.

One of the biggest flaws, for a film that’s as slow as it is, is its length. With so little going on, it really doesn’t warrant more than two hours running time. And you certainly aren’t rewarded with any kind of conclusion that makes you feel your time and effort have been well spent.