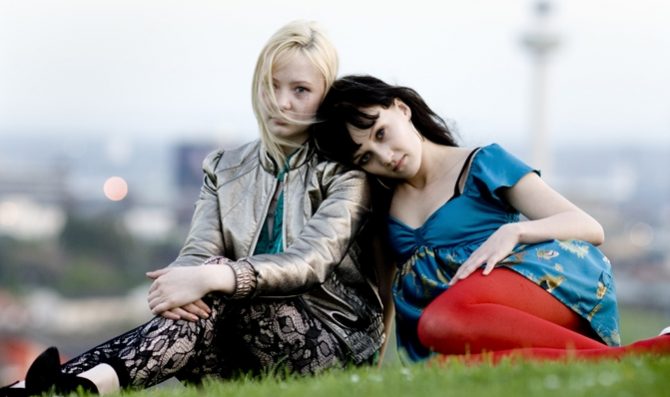 She doesn’t know many people yet, so she soon befriends Nicole (Kerrie Hayes), hanging around outside Liverpool FC’s stadium to watch their shared hero Lee (Jamie Doyle) drive in and out of training sessions and matches, praying for a wave or a kiss blown through his sports car window.

Nicole is very much from the other side of the tracks and the two girls have almost nothing in common other than an unhealthy obsession with this poor, unsuspecting footballer.

Their shared dream of marrying their hero – and the life of a WAG that would come with it – is enough to help them form a close friendship, almost to the exclusion of anyone else.

But when a sledge hammer dangles by a thread over the crystal ball of their beautiful future, the girls have to take drastic action to keep their dreams alive; the papers are saying that Lee is about to take a transfer to a top European football club, but they can’t let him leave Liverpool.

Not so much footballers wives as wannabe wags, this tale of two girls, written and directed by two young women, feels authentic, but welcoming enough to audiences of both sexes and all ages.

Young girls will identify with the protagonists, older women will recall their youthful fantasies and guys will get an insight into the minds of a certain type of girl.

But when the key plot-point occurs – the desperate ploy to stop their unattainable dream-boy leaving town – audiences will either be riveted to their seats for a nail-biting thriller or throwing pop-corn at the screen in disgust.

For some, it’ll be a taut tale along the lines of The Scouting Book for Boys for softies – for others it’ll be an overly melodramatic episode of Hollyoaks.

It’s beautifully shot, making Liverpool look worthy of a Hollywood movie, without resorting to the staples of the Albert Dock or the Liver Building.

Both girls are likeable enough, and for a low-budget British feature, Kicks is strong.

Kicks is a small film with big ambitions, but its failure to have the courage of its convictions – even though that helps it retain a more realistic air – means that ultimately, whichever side of the fence you fall down on, it won’t quite be as narratively satisfying as a big-screen outing needs to be.