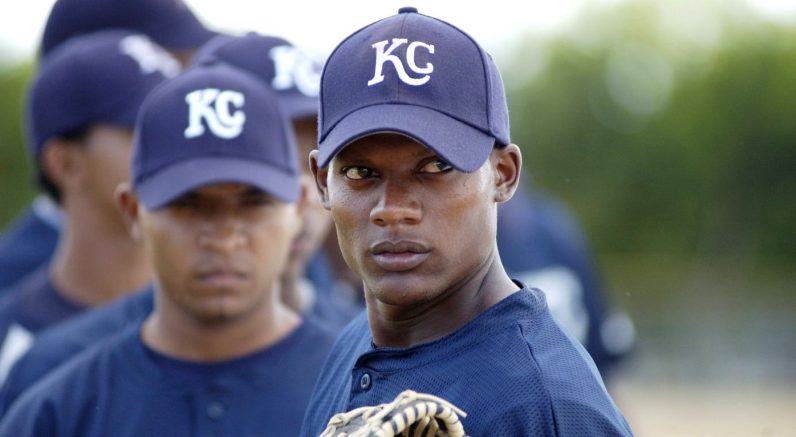 In the Dominican Republic, minor league baseball team, the Kansas City Knights, have a training ground to find the next generation of players.

One trainee (Algeus Perez Soto), known as Sugar, because of his sweet pitch, gets selected to head to the US – the first step towards his goal of playing in the major leagues and earning enough to support his poverty-stricken family back home.

Despite the hospitality of an elderly couple – who put up Dominican newcomers in their farmhouse – Sugar fails to fit in and when his pitching arm starts to fail him, a replacement is soon flown in.

Rather than stay to recuperate or give up and head home, Sugar sneaks off to New York where he starts a new life, hidden from the authorities as an illegal immigrant, earning all he can doing menial jobs in greasy spoon cafes.

Hardly the American dream as we know it…

Anna Boden and Ryan Fleck’s follow up to the Oscar-nominated Half Nelson is equally low-key but less engaging.

In that film, Ryan Gosling drew tremendous sympathy for his troubled, drug-addicted teacher and presented us with a warm but unlikely friendship with a lonely student. This time around, Soto’s performance fails to generate the warmth and pathos achieved by Gosling and there are few relationships strong enough to entice the audience.

In this sense, while it shows us how difficult it is to achieve your dream, it doesn’t have as much of a message – there’s less hope here and less drama.

As such , the film also takes much of the passion out of baseball, turning it into more of a means to an end rather than the reason for living it should be for these characters.

But the film feels tremendously real, from the loneliness of the immigrants who can’t speak a word of English to the no-nonsense jobsworths in the minor-leagues – the kingmakers of the sport.

It’s warmly played and even for those who don’t get baseball, it offers a powerful insight into the breakdown of the American dream, as the goal of riches for a talented immigrant dissolves, leaving him as a destitute loser, hiding from the government.