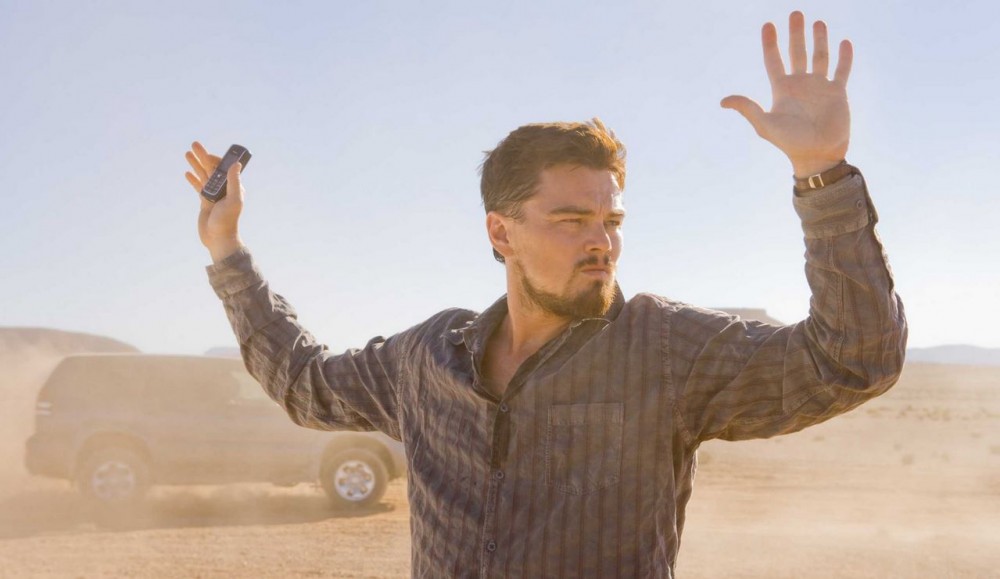 When CIA field agent Roger Ferris (Leonardo DiCaprio) is working deep under cover in Iraq, he gets a tip that a local man wants to swap information about a terrorist organisation for asylum in the United States.

Under the eyes and ears of the Pentagon’s spy satellites, Ferris tries to make a deal, only to be told by his handler back home, overweight father of two Ed Hoffman (Russell Crowe), that the deal’s a no go.

With things not going to plan, Ferris is sent to Jordan on a new mission. His perfect Arabic and facial hair help him blend in and soon, he forms a useful working relationship with the country’s intelligence chief Hani Salaam (Mark Strong).

His goal is now to smoke out terrorist leader Al-Saleem. His plan is to create a fictitious terrorist organisation, big enough to make his nemesis jealous and come out of hiding to assert his authority.

At almost every turn, he’s hiding what he’s doing from Hoffman back home, Hoffman’s giving misleading instructions back and no-one has a clue whether Hani’s being straight with anyone.

And as the genre would lead you to expect, Ferris ends up jeopardising his own life – and that of his newfound love interest – while all the time, growing increasingly doubtful about the cause he’s fighting for.

An overly complicated plot that’s by turns unbelievable and predictable – that’s what.

While DiCaprio, Crowe and Strong all deliver believable performances – with some neat touches, such as Crowe trying to defeat world terrorism, while helping his newly toilet-trained son ensure he doesn’t miss the pan.

Scott (or Sir Ridley, as we should probably call him!) presents us with everything from the acceptable – the back-stabbing and double-dealing among rival spies in the run-down cities of the Middle East – to the unlikely – satellite technology so sharp that in reality, the Americans would be able to identify Osama bin Laden anytime he sticks his head out of his cave for a breath of fresh air and a chain of monstrously loud, violent and admittedly exciting chases through every city visited by our hero.

If either of these were in any sense realistic, Osama bin Laden would long since have been off the agenda and CIA operations would never be out of the news.

It’s one of those films which have as much to love as to hate – from the brooding sense of fear and mistrust that pervades international espionage to the irritating practice of all heroes to throw themselves into danger’s way and expect us – the viewers – to be sympathetic when things go awry.

It’s confusing and nothing like as clever as it thinks it is, but if you can discount the plot, the action and tension are ratcheted up as high as you’d expect from a Ridley Scott thriller.