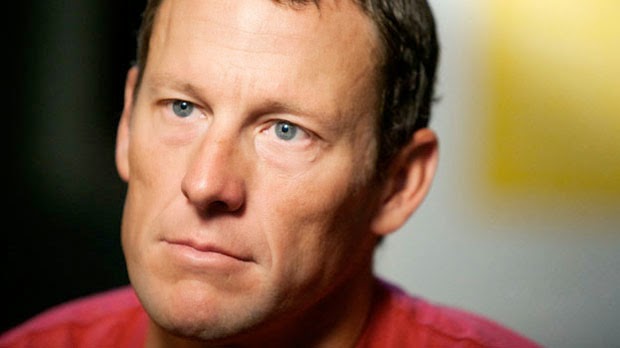 In 2009, the Oscar-winning documentary maker Alex Gibney was shooting a documentary about the controversial Tour de France-winning cyclist Lance Armstrong, making a comeback. He didn’t win, so there was no story and the film was scrapped.

But when, after years of firm denials, Armstrong surprised the cycling world with a frank admission in an interview with Oprah Winfrey that he had, indeed, been doping, Gibney saw his opportunity to resurrect the footage,

Determined show that he could race clean, Armstrong allowed Gibney to follow him again as he pedalled for victory once more. But could he succeed without cheating?

The life of Lance Armstrong contains all the twists and turns and ups an downs of the Tour de France itself, from his recovery from cancer to become the world’s greatest cyclist to fighting endless claims that he’d cheated, while bullying everyone from his team-mates to journalists and the cycling authorities.

For anyone who hasn’t followed the Armstrong story from the start, it’s a fascinating tale. It’s particularly astonishing that anyone could be so powerful and charismatic as to get away with cheating for so long, while all those around him were getting caught for doing exactly the same as him. But anyone who’s heard of him will know that he finally came clean on Oprah last January.

Alex Gibney’s documentaries usually dig deep into shocking or surprising stories that force us to dig deep into our consciences or exposing secrets that make us reassess our views of people or events – but this time, he doesn’t have much new to say. Opening with Armstrong’s admission, this can’t be a film that exposes his cheating but is, instead, a succession of former team-mates and their wives talking about how they feel about what he did – to the sport and to them. Much of this felt a little disingenuous, as there was clearly bitterness from others whose careers or lives were affected, while they saw his continue to rise. Moreover, since they were all cheating, it’s a bit sanctimonious, hearing them carp on about how he just managed to cheat better than them.

Armstrong himself justified what he’d done, having looked up the definition of “cheat,” by noting that it means doing something that gave him an unfair advantage, and since they were all doing it, what he was doing didn’t give him an unfair advantage. He just cheated better than them. And his profile, determination and domineering personality, perhaps, enabled him to get away with it for longer.

It’s also clear that the sport liked having a cancer survivor dominating the major competitions – it made good press – could that have led the authorities to be a little more lenient that they might otherwise have been, one might wonder.

Even after watching the film, it’s still not entirely clear how he managed to pass test after test while his team-mates, who were using the same substances and techniques, got caught.

Gibney acknowledges that he’d set out, in 2009, to make a good news story about an amazing comeback – and as is so often the case for documentary makers, his story changed so the film he ended up with wasn’t what he’d expected. But usually, this leads to a more surprising film; in this case, it had to be less of a hagiography and more of a objective study, but he admits that he find it tough to take a step back.

And the one new question that the film does raise – the one area it explores that hasn’t already been dragged through the media – whether Armstrong cheated during his comeback – is never definitively answered. Gibney knows what he thinks, but you almost feel that you need Armstrong to pop back to Oprah to confirm it. But this being the case, the “Armstrong Lie” of the title probably refers not so much to his denial about cheating throughout his career – but his denial about cheating in one race in 2009 – which makes it a film of almost unimaginably small scope.