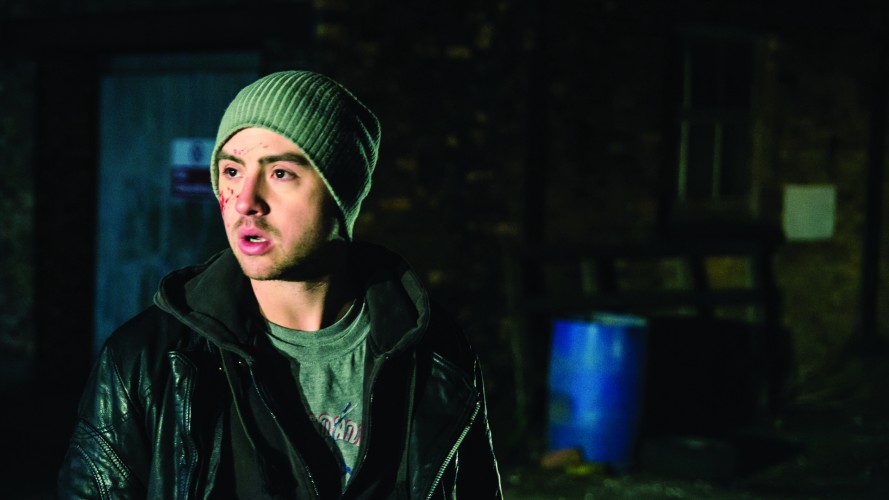 Sirus (Nathanael Wiseman) spends his days working the phones for a sleazy east London cab firm and spends his spare time doing a bit of small-time heroin dealing for the uncle of his friend Asif (Rajan Sharma).

Asif has been picked up by crooked cop Priestly (Arin Alldridge), who’s determined to get Sirus behind bars and keep his ill-gotten gains for himself.

Priestly persuades Asif to set up a deal that will deliver Sirus into his grubby mits. Sirus puts out a call to two Welsh Yardie gangsters who come up to Hackney to buy the stash.

Once he’s been released from custody, Asif heads to Sirus’s place to warn him that the cops are watching him.

Sirus, Asif and the heavily-armed Yardies lure Priestly to a remote riverside warehouse but the crooked cop has his own back-up, in the form of a bunch of crazy Russian gangsters.

What begins as small-time drug deal becomes an explosive dock-side shoot-out, that takes Sirus way out of his depth.

From the opening crane-shot, nicely choreographed but cheaply fuzzy, it’s clear that this is going to be another one of those low-budget, east London gangster films.

Will this just plough the furrow that so many have followed since Lock Stock or will it have anything fresh to offer? Sadly, Hackney’s Finest fails even to emulate the excitement of its predecessors, let alone even try to find anything new to say.

The Yardies offer some unexpected humour and there are a handful of 18 certificate laughs, but the plot is leaden, the good guys are charmless, the bad guys are grimacing goons straight out of central casting and nothing feels the slightest bit believable.

There’s no suggestion as to why the crooked cop would have it in for such a small-time dealer, when his friend would be a more obvious target. There’s no way such crooked cops could get away with conducting their business from a London police station and have the time and resources to follow such a bottom-feeder, without it being a plan to catch the king-pin.

The peculiar conclusion of the film’s main character, Sirus, is something along the lines of the fact that the one thing he’s learnt from the whole experience is how great Hackney is – when apart from a couple of scenes inside his flat, nothing else even happens in the borough.

Perhaps more than anything else, an indication that the film-makers themselves don’t really have faith in what they’re doing is that their poster features almost every single character in the film, except the lead.

It’s a shame for buddy British film-makers that with so few low-budget productions reaching the big screen these days, this one has made the grade – but it sets a low bar for the next team lucky enough to get distribution.

If this is Hackney’s finest, let’s hope the next British gangster flick hails from another borough.