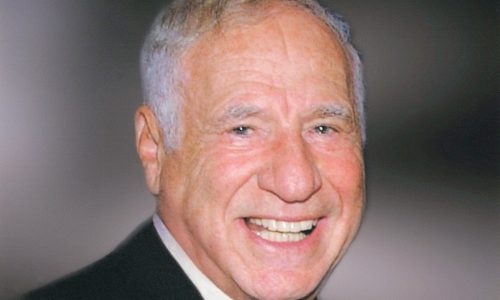 One of America’s best loved comedians, Mel Brooks, has been honoured by the BFI with a Fellowship.

The eighty-eight year old director, producer, actor, writer and stand-up received the BFI’s highest award at an event in London, ahead of his one-man show at the Prince of Wales Theatre.

Brooks – best known for satires and parodies including The Producers, Blazing Saddles, Young Frankenstein and High Anxiety – said he was “deeply honoured” to be recognised. “When I was informed that I had been chosen, I was surprised and delighted,” Brooks said. “Not many Americans have been offered this prestigious award… and for good reason.”

The chairman of the BFI, Greg Dyke, paid tribute to Brooks. “His brilliant wit and satire have continued to surprise and delight and, sometimes, astonish, as he delights in flouting convention, taking comedy to areas once held taboo. Mel’s irrepressible energy and dazzling originality have made the world a much funnier place.”

Brooks is the 79th industry figure to be made a fellow of the BFI since 1983, joining the distinguished company of Dame Judi Dench, Dame Maggie Smith, Martin Scorsese, David Cronenberg, Orson Welles, Tim Burton, Sir John Hurt, Sir Christopher Lee and Al Pacino among others.