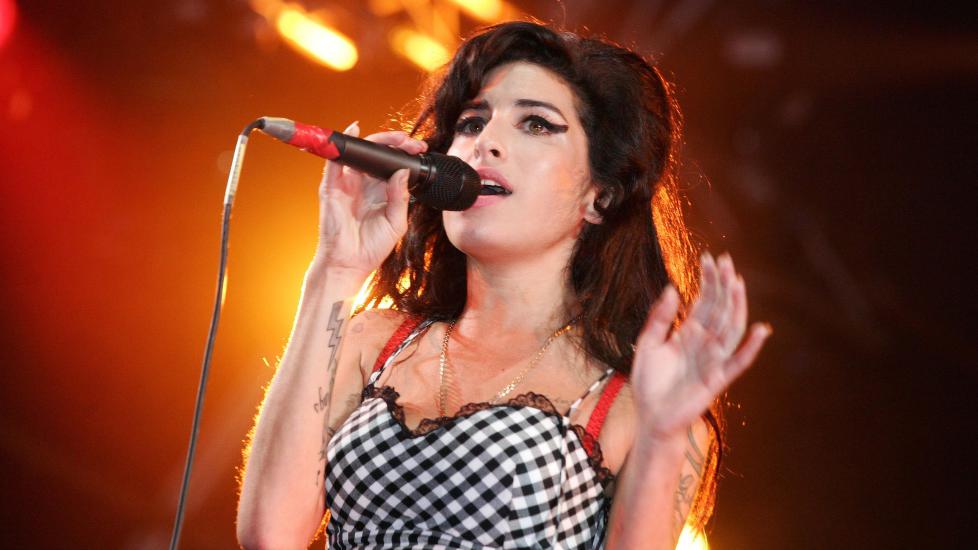 Compiled from previously unseen video footage taken by Amy Winehouse’s friends, family and colleagues, from her childhood to her death,  along with archive footage from TV shows and awards ceremonies featuring her, the Senna director Asif Kapadia presents an intimate portrait of a tragic young woman who was ultimately unable to cope with the pressures and fame that her talent burdened her with.

Few people will go into this film not knowing that it doesn’t have a happy ending, which somewhat mitigates the drama. But with that in mind, the hints, at certain points in her short life, that she was getting to grips with her demons, make her story all the more tragic.

What starts as an uplifting story about a precociously talented but shy young north London Jewish girl turns into a dark tale of drink and drugs, pulling her apart as managers, promoters, family and friends are pulling her in different directions.

As she begins her downward spiral, the film is clear about who the villains are – chief among them, her ex-husband Blake Fielder-Civil, who in effect – it suggests – gets her addicted to drugs and then boasts words to the effect of “why would I want to hang around with a drug addict?” However you look at it, Amy’s on-off relationship with him clearly played a big part in her emotional instability.

There are elements in the film where some viewers might feel that her father was putting business ahead of her welfare, but despite his protestations, if some of his comments and views have been excluded – whether for timing or provocative editorialising – it would be unfair to say the film paints him as the villain. The film fires more ammunition, in that sense, at her final manager, Raye Cosbert, whose decision to allow her to perform in Serbia when she was clearly unwell was highly controversial.

Using similar story-telling techniques to those he used in Senna, Kapadia sources private phone-calls and early video of Amy, such as her singing happy birthday to a friend at the age of fourteen, and most of the material is previously recorded, rather than gathered by Kapadia himself.

Some of the best moments of the film involve Kapadia juxtaposing some of the more difficult moments of life with footage of her singing songs inspired by those experiences, with the lyrics being written across the screen.

Footage of her earlier concerts or TV performances, modestly collecting awards winning awards and singing with the great jazz singer Tony Bennett show a woman who should have had a tremendous career ahead of her and along with moving tributes from her friends and family, even the most hardened hearts would find it hard to argue that so much potential was heartbreakingly wasted.

But for British audiences, there will be few revelations and for those less familiar with her life, there are moments where the narrative seems to jump around in time or seems to have vital events missing.

And there’s certainly a sense in which there are thousands of lives across the country blighted by addiction, so is it her story more tragic simply because she could sing?

Fans will love the access to her private life this documentary offers, the tales of those close to her and a reminder of her fragile talent, but for anyone else, apart from the archive footage, it’s just another story about another twenty-seven year old celebrity succumbing to the pressures and temptations of stardom – along with Jimi Hendrix, Janis Joplin, Brian Jones, Jim Morrison and Kurt Cobain among others.