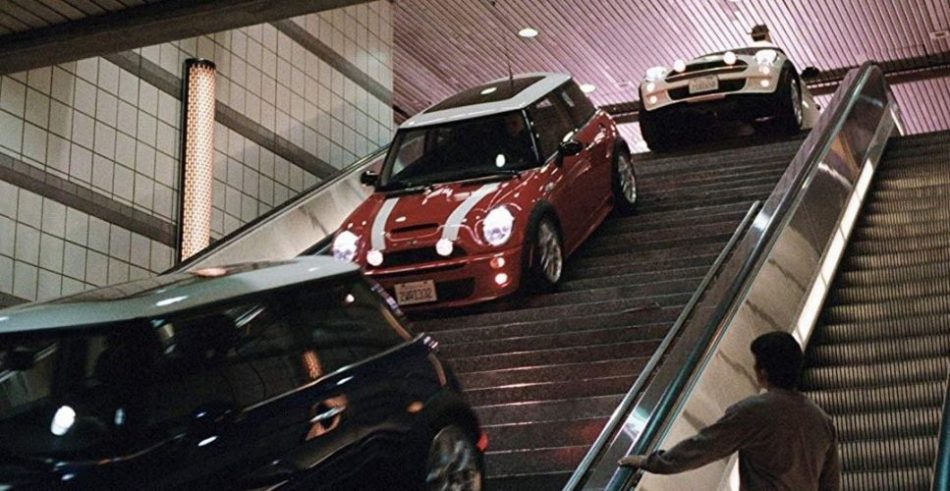 The Italian Job is a slick Hollywood reimagining of the 1969 original.

“Hang on a minute lads, I’ve got a great idea.” Take a classic 1960s British film, strip out everything except the title, the name of the main character and three Minis, and see what happens.

The end result is surprisingly watchable.

By casting aside the familiar story, the film-makers side-step any accusations of destroying a much-loved classic.

Instead, they have delivered what amounts to more of a sequel than a remake: the same central character, with a comparable crew, using similar techniques to do the same kind of things.

But the best way to enjoy this slick, thrill-filled Hollywood confection is to forget about the original.

While Charlie Croker (Mark Wahlberg) and his team of high-tech specialist thieves are celebrating a cunning $35m (£21m) gold heist in Venice, one of them (Edward Norton) turns on the others, and escapes with the loot.

He kills safe-cracking veteran John Bridger (Donald Sutherland) and leaves the others for dead.

A year later, Charlie traces his nemesis to LA, reforms the gang – replacing Bridger with his daughter Stella (Charlize Theron) – and sets out to retrieve the gold and get revenge, using even more cunning means.

This updated version blows its predecessor out of the water when it comes to state-of-the-art gadgets, stylish locations, faster cars and thrilling chase sequences.

And being Hollywood, it has a more complex, intricately-structured script, complete with revenge plot and a love story.

The flip-side is that it also comes with corny dialogue and stylised character names, like Skinny Pete, Handsome Rob and Left-Ear, although strangely, they cannot come up with anything more inventive for the film’s turncoat, Steve.

Injecting vitality into the original formula leaves no room for any of the one-liners, music or personality that made the 1969 film such a classic.

Ed Norton, reportedly starring against his will to fulfill a studio contract, shamelessly sleepwalks through his role.

And Mark Wahlberg, who was no Charlton Heston in Planet of the Apes, is certainly no Michael Caine here.

He is fine playing new roles but under direct comparison with the Hollywood greats, he has all the charisma of a dead fish.

With the closing credits approaching, a train disappears into the distance. You can almost feel a sharp bend on a narrow mountain track, around the next corner.

But just as Hollywood imposes its glitz and glamour, so it also trades in cinema’s most famous cliff-hanger for a neat and tidy Hollywood ending.