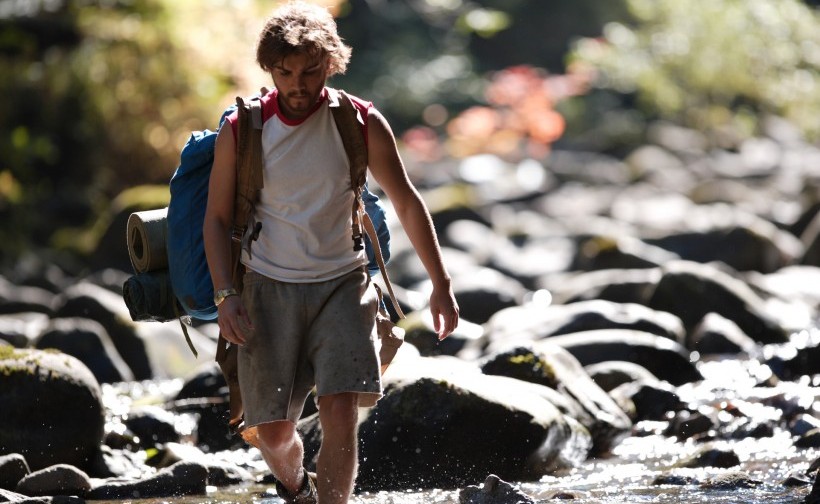 Christopher McCandless (Emile Hirsch) is one of those stroppy teenagers who hates his middle-class parents (William Hurt and Marcia Gay Harden) and the life they have planned for him.

This comfortable capitalism isn’t for him, so rather than returning from university, getting a job and settling down like anyone else, he breaks away from society and disappears.

With his family in grieving, he gives away what possessions he has and renaming himself Alexander Supertramp, he sets off on an adventure; hitching rides, camping with hippies, canoeing down raging rivers, working when he needs to, to achieve his aim of living with nature, in Alaska.

After more than a year of travelling, he reaches his destination and stumbles across an abandoned bus which becomes his home for a winter that gives him a chance to reflect on his life.

Sean Penn’s film about McCandless’s retreat “into the wild” is adapted from a book, based on diaries he kept during his journey.

Penn clearly has respect for the fiery youth, who refuses to be tied down by modern society. There’s a sense in which the boy’s aims were admirable, but to an equal degree, he was being irresponsible and above all selfish.

OK, so his parents weren’t perfect, but they weren’t evil. If he was going to run away, he could’ve told them where he was going – or at least that he was OK. But to give them no clue as to what he was up to and even cut his devoted sister out of his life – that’s not cool.

Despite his hatred of money, he’s happy to work to earn cash to fund his journey. And despite his fervent streak of independence, he’s not too proud to accept the hospitality of some travellers (including Catherine Keener), who take him under their wing – and in the same way he cut his family out of his life, when a young girl shows too much interest in him, once again, he just scarpers.

The self-important, self-styled supertramp is complacent, over-confident and not – in all honesty – a great loss to society as a whole.

While he comes across as charming at times and his sense of adventure is inspiring, if ill-advised and poorly planned, few people will come away from the film with the respect for him that Penn clearly thinks he deserves, judging by the dramatic photography and emotive soundtrack.

Penn’s overblown telling of the story is also rather disappointing – rather than unravelling a simple story with a simple narrative, he cuts between the Alaskan bus and highlights from his journey to get there. While on the surface, this might seem clever, it’s certainly not original and it also leads to an incoherence, in that some of the lessons learnt don’t particularly follow, as he seems to be learning things in the bus from events that happened months earlier.

The supertramp presents an interesting and uncomfortable blend of cantankerous and charming, depending on what he needs from the people he meets. But his own personality aside, his relationship with the world around him leads to some undoubtedly exhilarating thrills and there are many moving moments too – although most come not from his actions, but from the behaviour of characters like Hal Holbrook’s elderly loner and Keener’s hippy towards him.

But the most emotional moment of all – inevitable and fittingly – comes in the closing seconds, when too late for him, and indeed (after nearly two and a half hours) for us, he realises the TRUE source of happiness.