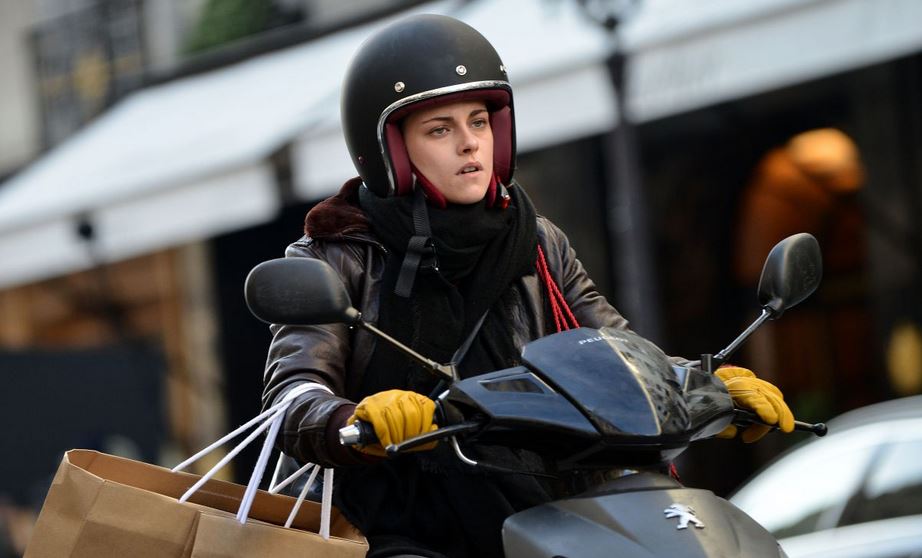 American Maureen (Kristen Stewart) is working in Paris as a personal shopper and assistant to Kyra (Nora von Waldstätten), an influential German fashion designer and model.

She’s also a medium, whose twin brother – also a medium – has recently died, having promised to contact her from the other side.

But as she’s trying to come to terms with the loss of her brother, there’s another more sinister death in her circle.

Soon, the put-upon personal shopper starts receiving mysterious text messages from an unknown number – could they be linked to a murder, or could they be her brother’s attempts to keep his promise?

Personal Shopper is Kristen Stewart’s second collaboration with French auteur, Olivier Assayas, after Clouds of Sils Maria, another film – showcased at Cannes – in which she played a personal assistant to a celebrity.

But this time, there’s the rather peculiar supernatural element running along in the background.

It’s possible to blend genres seamlessly, but Assayas has produced a rather uneven mess, as he tries to bring together a satire on the fashion industry, a crime thriller and a supernatural drama.

There are elements worthy of your attention – not least Stewart’s somewhat tortured and neatly underplayed central performance – but with the lead actors being American, French and German, and with elements of the supernatural, thriller and drama, it’s almost as if Assayas was cynically trying to appeal to absolutely anyone who ever goes to the cinema anywhere.

Booed at Cannes but welcomed a little more warmly for its theatrical outing, this rather incoherent confection could end up attracting no-one who ever goes to the cinema anywhere.