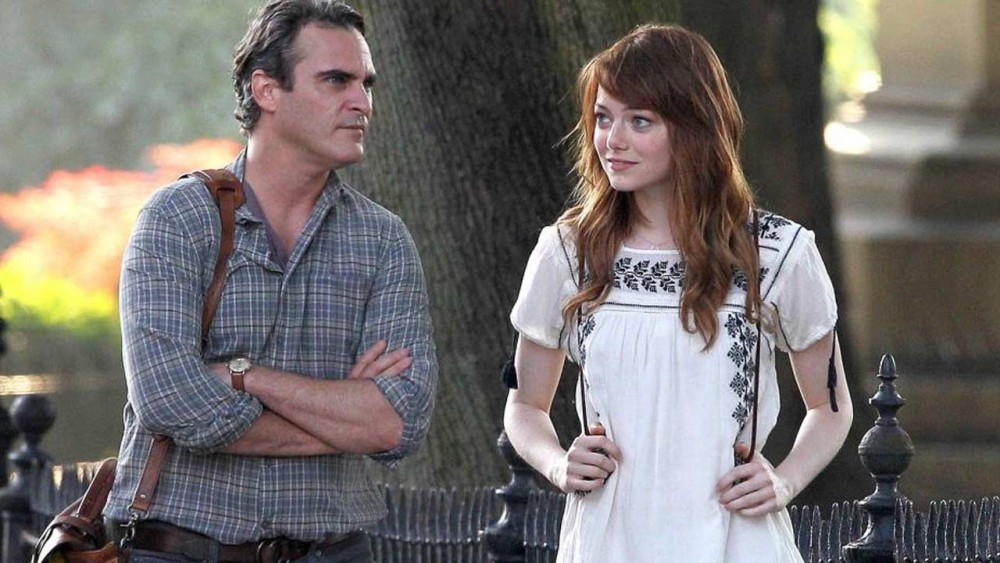 But the arrival of a bright new student, Jill (Emma Stone), makes him feel young again, as she compliments him on his work and dotes on his every word.

Jill’s tiresome sycophancy towards Abe drives away her boyfriend Roy (Jamie Blackley) and before long, the professor is sidelining his girlfriend for his student.

One of Abe and Jill’s many hifalutin conversations takes place over a meal, where they overhear a woman on another table complaining about an unethical judge who is likely to remove her children from her unfairly.

Abe decides that he can do some good for the world and give his life some meaning, by devising a way to kill the judge; with no connection to him whatsoever, the suspicion would never even fall on him.

But things start to get complicated when Jill begins to suspect that Abe might have been involved in the judge’s death, just as the authorities start to point the finger at a suspect with nothing to do with the crime.

With his latest musing on Dostoyevsky’s Crime and Punishment, Woody Allen is returning to many of the themes he’s addressed before – from justifying murder to inappropriate relationships.

Following Abe’s character throughout the film means that there’s no mystery in this murder for the audience and the main characters in general aren’t likeable enough for us to support them in their choices or root for them.

Allen’s script takes us on a journey that’s not unenjoyable, but it’s equally not particularly unexpected; even as the plot starts to build to a crescendo, the denouement feels signposted and doesn’t come as enough of a surprise.

The dialogue, much of it being a philosophy professor and his student considering the essence of being with references to great philosophers past, is often mellifluous, but sometimes arch or even patronising and while Allen’s sense of humour is always evident, it’s rarely as funny as it should be.

The screenplay is so high-brow that by the time the plot has run its course, we’ve already heard so much theoretical analysis that we don’t really feel that the characters’ journeys through this morality tale have taught us enough about them, or indeed ourselves and at times, it might feel like you’re attending a philosophy lecture, rather than watching a film.