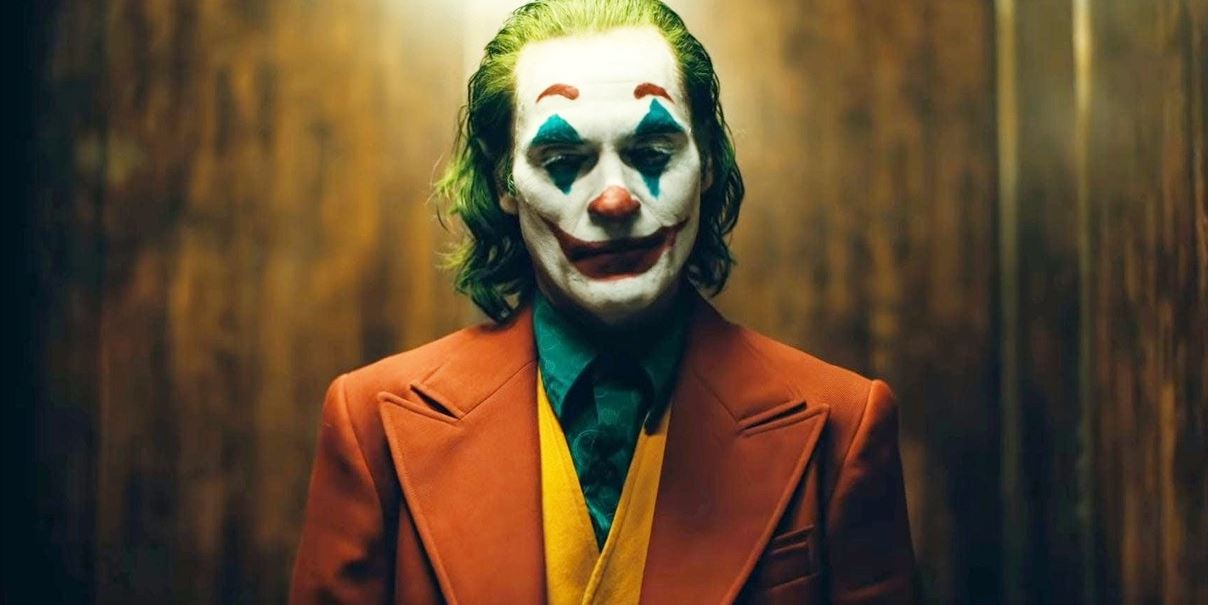 It’s 1981 in Gotham City and loner Arthur Fleck (Joaquin Phoenix) is struggling with mental health issues to hold down a job as a low-rent clown, spinning promotional boards outside shops and dancing in children’s hospital wards.

He lives with his ailing mother, Penny (Frances Conroy), in a run-down apartment, where she’s largely confined to the sofa or her bed; the pair often sit up together to watch the late-night chat-show hosted by Murray Franklin (Robert De Niro).

Penny is reaching out to a former boss, the billionaire and mayoral candidate Thomas Wayne (Brett Cullen), for a handout but he’s not replying to her letters.

Arthur, meanwhile, is trying to pursue a career as a stand-up comic, but everyone is laughing at him, rather than with him.

The frustration building within him is exacerbated by a feeling that the world doesn’t get him, everyone is holding him back, unworthy people are achieving success and those he should be able to trust keep letting him down.

Before long, the powder keg is ready to explode…

Joaquin Phoenix has a lot to live up to – from TV’s Cesar Romero in the 1960s to 1989’s big-screen outing from Jack Nicholson and most recently, the late Heath Ledger, who picked up a posthumous Oscar.

He’s more the darkly misanthropic Ledger than the camp of Romero and Nicholson – and in this origins story, he is compelling, creepy and totally convincing. His bravura, as we witness the awakening of the notorious Joker, is frightening. But Phoenix’s age would put Joker well into his sixties by the time the caped crusader arrives on the scene – more in line with Romero and Nicholson than Ledger’s youthful portrayal.

The back-story bestowed upon this well-known character by the director and co-writer Todd Phillips – best known for his Hangover films – is not part of the DC canon, giving the film-makers creative licence to do what they like, without having to worry about how it fits into the Gotham City we already know – but a handful of nods to what is to come bring a sense of authenticity to the history.

However, set before the Joker was the Joker, this is not a super-hero film by any means – there’s nothing super on display at all – no heroes, no powers – it’s very much a dark character-drama about a loser-turned-anarchist, whose mental illness unravels beyond control, finding his way in a dismal and dirty Gotham City, riven with crime, long before there was a Batman to clean things up.

Where this film has come in for criticism is the way Phillips and Phoenix have allowed mental illness to explain extreme violence and conjure up sympathy for a man who we know is to become one of the most ruthless supervillains in comic-book history – while here, he’s a nebbish – a schmuck, much as Robert De Niro’s Rupert Pupkin was in Martin Scorcese’s portentous King of Comedy – a constant reference point here – not least with De Niro himself popping up as the Jerry-Lewis-style talk-show host – perhaps almost too knowing a nod.

Another Scorcese/De Niro collaboration, Taxi Driver, will also be resonating for students of their work, with its gritty portrayal of one man’s descent into self-loathing and insanity in the grim underbelly of 1970s New York.

The homage is wide-ranging, encompassing the characters and mood to the themes and cinematography.

Arthur Fleck’s feeling of betrayal as he battles mental illness, while struggling to make an honest living and support his mother conjures up an unexpected sense of compassion – you can certainly understand how campaigners on mental health will not take too kindly to rooting a criminal mastermind’s genesis in an illness beyond his control.

It’s also notable that while Arthur’s journey from hapless clown to the poster-boy for anti-capitalist riots is convincing, you don’t really get a sense of how this naive loser might take the next step to becoming the criminal mastermind we know him to become from the other films we might have seen or comic-books we might have read.

But for all its weaknesses – from an over-reliance on homage, to inconsistencies in the context of the wider DC universe and morally dubious in the wider world in which we live – taken on its own, as a the story of the metamorphosis of an innocent man, wronged by society, into a figurehead for nihilistic psychopathy, it’s a constantly compelling, convincing, surprising and thrilling journey – the kind of film you feel dirty for admitting you’ve enjoyed.