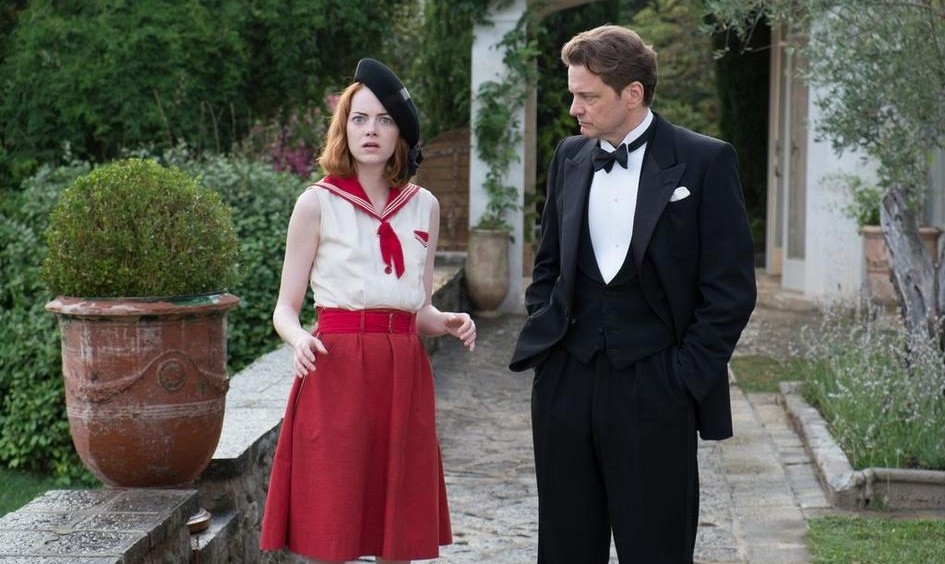 It’s the late 1920s and the cantankerous Stanley (Colin Firth) is the world’s most renowned stage illusionist, working disguised as a Chinese magician.

His oldest – some might say only – friend Howard (Simon McBurney) pops backstage after a show in Berlin and persuades him to delay a holiday with his fiancee to help him expose a beguiling young American psychic, Sophie (Emma Stone), whose methods simply have to be fraudulent.

Sophie is promising to put elderly rich widow Grace (Jacki Weaver) in touch with her late husband at a seance at her south of France mansion. Grace is so enchanted with her guest that she’s promising to fund her institute of psychic study.

No-one has ever got one up on Stanley before, but he simply can’t work out how Sophie seems to know things she couldn’t possibly know.

Her powers continue to draw him in until he starts to question his sceptical beliefs, reassesses his life and begins to wonder whether magic could be real after all.

Starring Colin Firth as Woody Allen – the older cynic who falls for the younger temptress. The prolific writer-director’s annual film is perfectly enjoyable but somewhat forgettable.

Romantically shot by one of the finest directors of photography in the business, and frequent Allen collaborator, Darius Khondji, this world looks beautiful, from the grand illusions to the landscaped gardens and winding cliff-top roads.

Apart from Firth’s conflicted Stanley, the characters are all disappointingly one-dimensional and the story is largely signposted, until a particular point, a surprisingly welcome twist that is cleverly revealed.

But the consequences of the twist aren’t entirely convincing – and the film certainly suffers from an ending too many – Allen should have stuck to the traditional hour and a half, rather than letting it drag on for another 8 eye-rolling, watch-watching minutes.

Magic in the Moonlight is charming and entertaining, but it’s neither as clever nor as funny as it needs to be and while it’s not a film Allen needs to feel ashamed of, it’s rather inconsequential and certainly doesn’t have enough of the magic of his most recent comedic hit, Midnight in Paris.