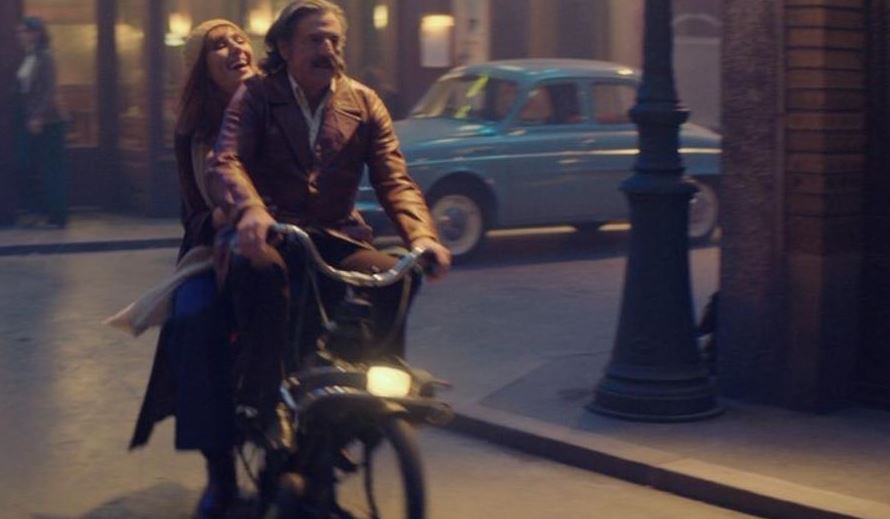 Political cartoonist Victor (Daniel Auteuil) has been married to Marianne (Fanny Ardant) for decades but things are falling apart. She’s having an affair and he’s finding it hard to cope.

A friend of his son, Antoine (Guillaume Canet), runs a business, using actors to help customers experience moments from history and he offers Victor a free session to help him get through his troubles.

Victor chooses to relive the moment, in 1974, when he and Marianne first met – and soon starts blurring the boundaries between his own memories and the feelings he starts to develop for the actress playing the younger version of the love of his life.

Premiered in Cannes, La Belle Époque was one of the more punter-friendly films screened in the official selection on the Croisette – although as was the case with most of the more emotionally engaging features, it was screening out of competition.

The veteran French star Daniel Auteuil has the sympathy of the audience as he’s kicked out of his home by a wife, who’s moved with the times more naturally than him; much like his view of modern technology, his feelings about his marriage – and life more generally – are stuck in the 1970s.

Bristling with nostalgia, the intricate and passionate narrative flits between modern-day and a recreated history, successfully digging down into relationships and society using drama, comedy, memories and satire as the tools to hold together a beautifully designed and ambitious film that pushes boundaries and generally remains just on the right side.

It’s warm, funny and original and Auteuil’s magnetic performance keeps you gripped, even when the plot risks becoming just a little far-fetched.