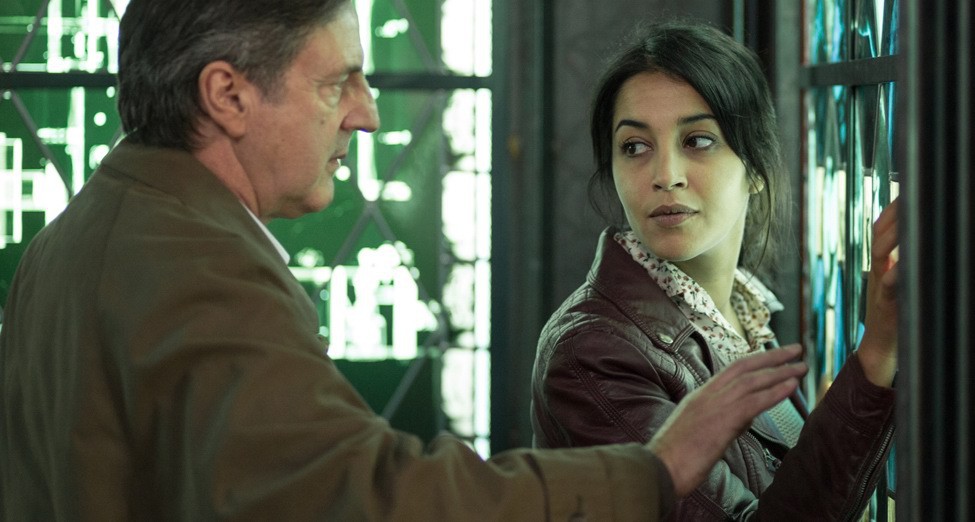 Paul (Daniel Auteuil) is a highly successful, middle-aged brain surgeon, the head of his department.in his hospital.

He’s been married to Lucie (Kristin Scott Thomas) for over thirty years and the relationship seems a little tired.

Tension between them rises when he starts receiving anonymous bouquets of red roses. At his surgery, at his office, at his home, the first flowers arrive at around the same time that Paul meets a young woman, Lou (Leïla Bekhti), who says he operated on her when she was a child.

Torn between accusing her of stalking him, enjoying the attention of a beautiful young woman and taking a fatherly concern for a lost soul, the one thing Paul knows is that it probably wouldn’t be wise to tell Lucie about her. But after he’s spotted with Lou in a local park, it gets back to Lucie, who immediately suspects him of having an affair.

To complicate matters further, Lucie turns to Paul’s colleague and best friend Gérard (Richard Berry) to discuss her marital problems, but he’s probably not the best person to be confiding in, in the circumstances.

There’s much to admire in the latest film from I’ve Loved You So Long director Philippe Claudel – but most of it involves the Grand-Designs style house and a garden so expansive that Kristin Scott Thomas’s Lucie seems to make a living by taking tourists on a summer tour of it.

The lead performances of Scott Thomas and Daniel Auteuil are necessarily cold – in a film that centres on a marriage on the brink of decay – but this makes it hard to care much about either of them. When Lucie tells her daughter-in-law that although she’s married to her son, she should leave him if he doesn’t make her happy, it’s clear that loyalty and honour aren’t necessarily at the top of her agenda, making her own marriage seem all the more precarious – and not worth saving anyway.

The set-up of the film seems to have promise – a struggling marriage put under increasing strain by the appearance of anonymous bouquets of roses, while the husband is secretly meeting a younger woman – setting the scene for a suspenseful drama.

But inexplicable inconsistency in some of the characters – it’s very hard to keep up with what’s going on between Auteuil’s Paul and Leïla Bekhti’s Lou – makes the narrative slowly unravel, while loose ends should get tied up.

A sub-plot involving Lucie’s mentally ill sister and the pair’s English origin is completely superfluous to proceedings, serving only to distract from the main story, whose eventual denouement disappointingly fails to convince.

Before the Winter Chill feels like it should be an important film but it misses its target, having pale echoes of Michael Haneke’s Hidden, in that it sets itself up as a mystery about who is delivering these flowers (or videotapes in Hidden) before revealing that the film is really about something else entirely – but Haneke had better control of a more meaningful message.