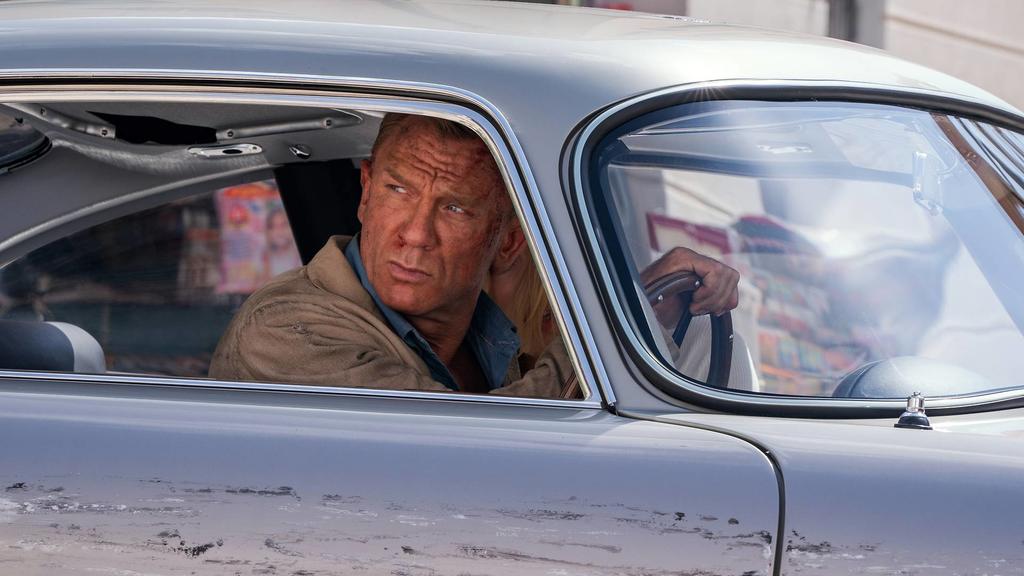 Five years after the events of SPECTRE, James Bond (Daniel Craig – for the final time) is no longer working on her majesty’s secret service – but he’s traced to his home in the Caribbean by a former CIA colleague who needs help in finding a kidnapped scientist, Valdo Obruchev.

When he realises that his old colleagues at MI6 are also trying to find Obruchev, he decides to help the CIA, but before long, he finds himself drawn into a global plot to infect everyone in the world with microscopic robots that are programmed to kill people depending on their DNA.

The finger points at Bond’s nemesis Blofeld (Christoph Waltz), but it soon becomes clear that it’s another evil genius, with a grudge, Lyutsifer Safin (Rami Malek) who’s behind this dastardly plot to wipe out his own enemies.

Working with MI6 once more, Bond sets out to find Safin’s lair to try to stop him in his tracks, before the damage done is irreparable.

If Bond 25 weren’t already critic-proof, after an eighteen month delay and with fans of cinema desperate for a big film to get them back to the big screen, it certainly is now.

On one level audiences will get exactly what they want – a world tour, where beautiful people perform stunts and action sequences as stunning as the locations. We don’t open with Bond himself, but a flashback to the childhood of the love of his life, but the first sequence involving Daniel Craig features a chase as thrilling as any we’ve seen in a Bond film; swinging from bridges, jumping on motorbikes and spinning in his trusty old Aston Martin.

The images are presented on a typically big canvas – so big that some of it – not all, oddly -is shot on IMAX.

But once the plot kicks in, it’s not long before the needless complexity will start to leave viewers behind in a chase they’re destined to lose.

Perhaps moreso than any other Bond film, this is slotted so firmly into the world inhabited by Craig’s Bond that doing your homework and revising his previous outings might help you make sense of what’s going on. It would, perhaps, be better as a standalone film, rather than episode of 5 of the latest season.

But who’s  doing what to whom and why isn’t really the point – if you can keep up with enough of the twists and turns, you’ll enjoy the thrills and spills on the way.

There are many ways in which No Time To Die differs from its predecessors in the franchise, not least giving its protagonist an emotional arc that wouldn’t be out of place in a romantic drama, and the input of Phoebe Waller-Bridge to the screenplay has almost certainly beefed up the heroism of the women in the cast.

But there are also plenty of elements to ground enthusiasts, from the return of familiar characters – and cars – to the preposterous plotting, stupendous stunts and criminal gangs intent on world domination.

The villains themselves though lack some of scene-stealing charisma you’d expect from Bond; in a Hannibal Lecter-style cameo, Christoph Waltz’s Blofeld doesn’t have much of an opportunity to shine, while Rami Malek will be remembered more for his scarred skin and creepy voice than than anything his character says or does.

It’s one Bond film where the good guys are more interesting than the villains, and at least one new character opens the way for the franchise to go off in an interesting direction, as Daniel Craig says “Goodbye, Mr Bond.”

Its two and three quarter hour running time is overblown – just because we’ve been waiting an eternity for the film to make it to the big screen, it doesn’t mean we want to spend an eternity in the cinema; I guess we’ve been waiting eighteen months to find out what happens to Daniel Craig – what’s another three hours? But some of the narrative could have been pared down to deliver a more coherent story that would be better for your brain and better for your bottom.

You’ll know before you go in whether you’re going to like it or not; for anyone who thinks this is the experience they crave right now, they’ll get the spectacular stunt-filled romp they’re after, but while it’s appealing more to the heart than previous outings, and trying to play with your mind, the main hit – as most people will probably want – will be to the adrenaline.