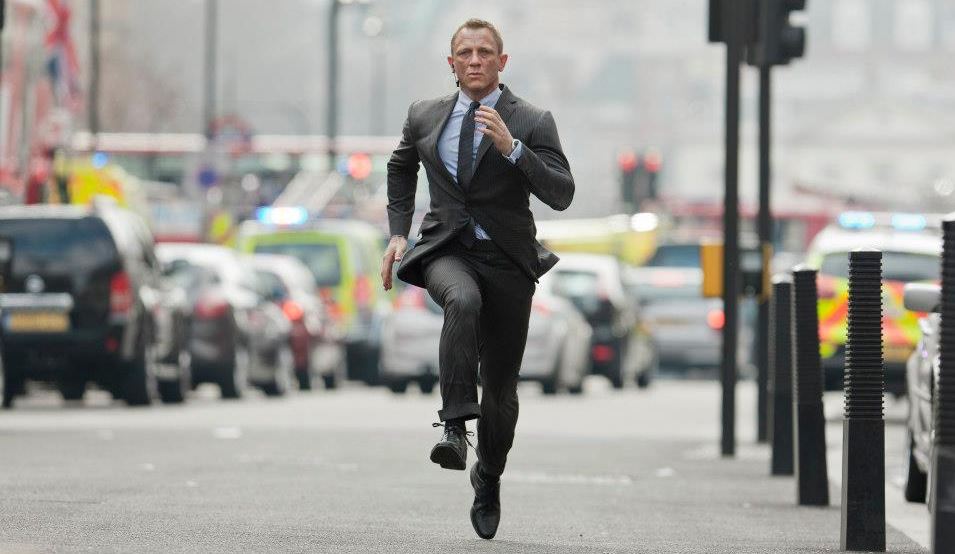 Before he can stop the damage, the list gets into the hands of former MI6 agent turned bad, Silva (Javier Bardem), who starts to leak them onto the internet, jeopardising the lives of the agents. But his true motives go even deeper.

The security threat is so severe that Bond’s boss M (Judi Dench) is called in to defend her actions to a parliamentary committee – her whole department is under threat.

Can Bond bring Silva to justice and restore the integrity of the British secret service, before it’s too late?

A lot of the early word on the hotly anticipated Skyfall was branding it “the best Bond ever” which is a bit of a stretch, but there’s no question that this is a thoroughly competent and highly enjoyable thrill ride.

From the opening bike chase over the Istanbul rooftops to the an explosive finale, it’s consistently exciting and feels as big as important as it needs to be to mark the fiftieth anniversary of the most lucrative film franchise. There’s a lot of history and expectation on its shoulders and it lives up to it.

It lives and breathes Bond, from the moment the famous theme can be picked out underneath Adele’s fitting opening song, to the gratuitous girls and globe-trotting and for those in the know, there are plenty of references to earlier films – gadgets, cars and characters. It’s hard to follow a formula and stay true to a canon, while still feeling fresh, but it manages to strike the right balance, although Craig doesn’t have the lighter touch of some of the earlier Bonds, such as Roger Moore and Pierce Brosnan.

It certainly ticks most of the boxes that Bond enthusiasts will be looking for, while feeling like a slick, modern-day thriller, although there’s not so much spying going on, and there’s a slightly unconventional dynamic between Bond and his antagonist, with M taking on more of a central role.

The direction and performances are beyond reproach, from regulars Daniel Craig and Judi Dench to newcomers Ralph Fiennes and Ben Whishaw, while Bardem is a suitably creepy nemesis for 007.

Broadly speaking, the plot is clear, bold and interesting – including the grand themes of revenge and betrayal, rather than being another film about a super-villain who wants to take over – or destroy – the world, this time, it’s very personal.

But its in the detail of the narrative that some flaws emerge – both recurring ones (what secret agent introduces himself by name and why do bad guys spend so much time talking and plot to do things in such long, roundabout ways when they could complete their goal much more simply with less risk of failure) – and specific ones (it’s Americanised, with M giving evidence to a parliamentary committee that looks more like a congressional hearing and a Spanish MI6 officer?) and at times, it does feel a little self-important. It also starts to slow down a little towards the end and perhaps doesn’t quite warrant the full 143 minute running time.

It’s easy to pick holes in a film like this, but it more than meets the challenge presented by the rival Bourne spy franchise and a few incoherent plot points can be excused in the light of the well choreographed, nerve-jangling action sequences that will keep you on your toes and make you excited about Bond 24.