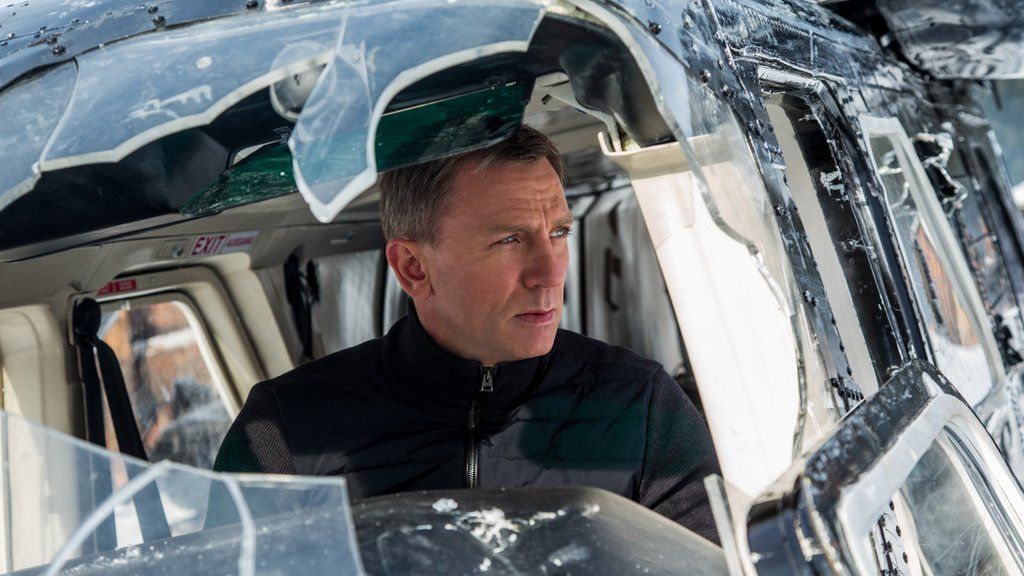 Mexico City, and James Bond (Daniel Craig) is indulging in a little extra-curricular activity. The MI6 boss M (Ralph Fiennes) doesn’t find out that an assassin planning a terrorist attack has been killed and much of Mexico’s capital city has been destroyed in the process until he reads it in the newspaper. Bond is grounded until it blows over.

But it looks like he could be grounded for even longer, as the British government’s appointed a new security chief, C (Andrew Scott) to merge MI6 with MI5, and do away with the Double-O programme altogether, in favour of beefing up surveillance and sharing more classified information with our allies.

Bond doesn’t let this get in the way of his plans to go rogue; with a little help from gadget guru Q (Ben Whishaw), he manages to slope off to Italy – and Austria – and Morocco – and back to London, to complete some unfinished business.

OK, so the short version is – it’s great fun – of course it is – it was always going to be – after the success of Skyfall gave the team pretty much the scope to do whatever they wanted to do – and what they wanted to do was just be even bigger.

With a pre-title sequence involving buildings crumbling on top of 007 and a thrilling fight on board a helicopter, as it tumbles, pilot-less, above thousands of costumed participants in Mexico’s Day of the Dead celebrations, SPECTRE gets off to exactly the kind of spectacular start that any Bond fan would be praying for.

But then, one of the weakest – and laziest – Bond themes since Madonna’s Die Another Day in 2002 paves the way for a similarly weak and lazy Bond plot to follow.

It’s Bond by numbers, with elements of travelogue, geeky gadgets (although he gets only one – a not particularly interesting watch “with a loud alarm” – that said, he doesn’t actually have a mission, so why he’s given a gadget at all is anyone’s guess), crazy cars (a sleek Jaguar C-X75 chases Bond’s stunning Aston Martin DB10 around Rome), gorgeous girls (one in pretty-much each location he visits) and of course vile villains.

But to make a good film – not an enjoyable film, but praiseworthy one – it takes more than ticking Bond ingredients off a list and following a recipe – that just leads to a half-baked confection, which is what SPECTRE becomes.

This complacent approach to Bond is simplistically linear in its delivery – first he goes here, gets a clue which sends him there, where he meets someone else who tips him off to go to the next place, and so on. Then the vast majority of the characters are disastrously underwritten – Andrew Scott’s C is necessarily thinly drawn and weakly played, Stephanie Sigman’s Mexican Bond girl serves no purpose other than to get him into a hotel, Monica Bellucci‘s elegant widow of the assassin he saw off in Mexico does no more than send him to  a meeting of the murky criminal umbrella organisation, SPECTRE, whose chief henchman Mr Hinx (former wrestler David Bautista) is Jaws-light and whose shadowy leader Franz Oberhauser (Christoph Waltz) doesn’t have any of the sharks or alligators (or indeed creepy deformities) of previous villains up his sleeves; the best he can manage is a remote lair that resembles a dentist’s surgery, with a wheely chair for him and a rather more secure one for his guest.

There’s a bit of mumbo-jumbo about the true nature of the relationship between Bond and Oberhauser, some of which fails to add to the intrigue (do we really care why the villain has become the villain – and indeed, if so, is this a convincing enough reason for someone to end up leading the most feared global terror and crime club?) and the rest of which – if true – would mean Bond wouldn’t have to be working off the books – in fact, it would seem to be a huge failure of British intelligence that they’re not officially sending their top agent after such an influential gang leader. And you certainly don’t get a sense – until Oberhauser delivers the standard piece of villain’s exposition – that Bond would have any reason to put his career on the line, chasing an apparent nobody, who doesn’t seem to have done any wrong to him or anyone else he knows.

From the opening sequence to the Rome car chase and a number of action scenes involving air-craft of one description or another, Sam Mendes delivers the necessary thrills, and there’s plenty of humour – knowing one-liners from a somewhat smug Daniel Craig, exasperated remarks from Ben Whishaw’s put-upon Q and a handful of nods to some of 007’s previous outings.

But the film’s failings go further than just its narrative and drama; it’s not tremendously imaginative. From the gadgets to the villain’s lair or scenes that could have been taken from almost any Bond film, or any other film, for that matter, much feels familiar. And even within this film, many outcomes are too well signposted, having started with a helicopter before the opening credits, they return to a helicopter for the final showdown. With other franchises, such as Bourne and Mission Impossible constantly trying new things and feeling constantly fresh, Bond is increasingly in danger of being left behind.

Criminally, as it were, the real motive of the baddies just doesn’t feel frightening enough, either – there’s no international terrorism, world domination or efforts to destroy the planet – Oberhauser just wants to build up a good surveillance network, and while that’s certainly seen as frightening, in some quarters, we’ve known since Snowden – and for may, well before – that this is going on already – and most of us wouldn’t complain that it feels like we’re living in North Korea. While being clear that this film thinks that widespread surveillance is bad – it doesn’t really tell us why. What’s wrong with being able to eavesdrop on your enemies, for example? Furthermore, when we find out how close it all is to home, it simply doesn’t ring true at all.

Emerging from the SPECTRE screening to read, almost universally, five star reviews from fellow critics, there was a moment when I wondered whether I’d been in a different film, or whether I’d missed something. But perhaps, every now and then, when a critic-proof beast like Bond comes along, reviewers – many of them 007 fanboys since their own childhood – feel an uncontrollable urge to be on the side of the public. ‘There’s no point knocking a film that everyone’s going to see anyway,’ might be the argument. Not least when it is undoubtedly fun. But many critics seem to drop their standards for Bond, whereas I’m inclined to raise mine. Reviews that include references to an “absurdly silly” plot and then award five stars seems absurdly silly to me.

Mendes, Craig et al have certainly produced a crowd-pleaser, but there’s a spectre of the emperor’s new clothes about it.