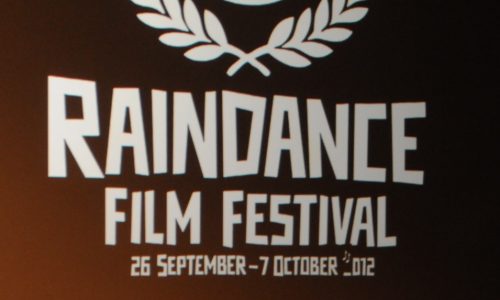 The 20th Raindance Film Festival has come to an end with ticket sales up a third on last year’s event, which itself had record attendance figures.

The organisers of Britain’s biggest independent film festival, which precedes its bigger, longer-standing neighbour, the London Film Festival by less than a week, whittled down 4000 entries to screen 105 features and 138 shorts over a week and a half, and say that by the end of the event, nearly a quarter of the films in the programme were in talks for distribution.

The awards handed out at the close of the festival could boost the chances of the winners to be seen by a wider audience. The jury included the producer and co-founder of Working Title, Sarah Radclyffe and Oli Harbottle, from Dogwoof Distribution.

With many of the film-makers already having a relationship with the Raindance organisation, through its training programmes, it’s always interesting to see which films pick up the awards for Best UK Film and Best Debut Film. Writer-director Christopher Payne won in the Best UK Film category for his London-based dance romance, Love Tomorrow. A dark Finnish thriller about a woman who turns to prostitution to overcome her financial difficulties, Indebted, collected the prize for first-time film-makers.

The Best International Feature prize went to Canada’s Laurentie, a drama about a social recluse whose relationship breaks down, described by the festival programmes as “an ode to the ennui of modern existence felt by one man.”

A Danish documentary about a Russian ballroom dancer making a comeback after retiring through injury was also honoured.

Many of those looking to Raindance for inspiration are first-time film-makers, so the short-film awards are worth checking out for names to watch for the future. The Best UK Short was Joseph Pierce’s animation, The Pub. A coming-of-age drama from Afghanistan, Buzkashi Boys, won the award for the Best International Short. It was also selected as the Short Film of the Festival, which qualifies it for Oscar consideration and earns the director, Sam French, the right to make next year’s Raindance cinema advert.

The final award, the Feature Film of the Festival, which honours the film said best to embody the spirit of Raindance, went to How Do You Write a Joe Schermann Song? It’s an American film about a struggling song writer who decides not to cast his actor girlfriend when he finally gets to work on an off-Broadway show. Described as a “beautiful modern day musical,” the film started as a crowdfunded project and stars an actor playing a lead character of the same name.