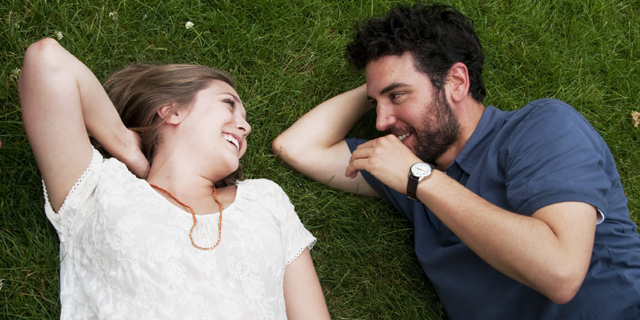 During his stay, he meets the daughter of another of Peter’s friends; nineteen year old Zibby (Elizabeth Olsen) is an English student at the university. She takes a liking for him and he likes the attention.

When he returns to New York, the pair start writing to each other and as their letters shift from intellectual to emotional, Jesse agrees to return to Ohio to meet her.

Neither of them is really sure what to expect, but when the pair find themselves alone in Zibby’s bedroom, Jesse is forced to confront his feelings for her – and his feelings about himself. He might feel nineteen again, but that doesn’t make him nineteen again.

Anyone who’s reached their mid thirties without pairing up is likely to identify with writer/director/star Josh Radnor’s examination of what it means to be stuck between youth and middle-age, reflecting back on what they could or should have had in their earlier years while considering their needs for their future.

After his somewhat pretentiously verbose but weak previous effort as Woody-Allen wannabe auteur, HappyThankYouMorePlease, Radnor has stumbled into more convincing territory for his second film at the helm.

His protagonist is likeable, as are the main supporting characters. They’re all intelligent, but while the dialogue is constant and wordy, they speak like human beings rather than pretentious intellectuals. And most of the cultural references will be familiar to most people who’ve studied English or music past GCSE and even if you don’t know the poems or the music, you’ll still feel their passion – for them and indeed each other.

If you don’t like the characters, the film could seem quite self-absorbed, but they’re largely honest, with the best of intentions – and even Jesse’s abrasive former professor Judith (Allison Janney) is good-natured, deep down, in her nihilism.

The film treads over familiar ground – with characters trying to recapture their youth as they plan their future – but it’s nice, here, to see the same process happening two generations apart, as Richard Jenkins realises where he’s going wrong only be seeing Josh Radnor repeat his mistakes.

It’s not in any sense ground-breaking or particularly revealing, but it’s a warm, witty and sensitive examination of genuine concerns that come to us all.