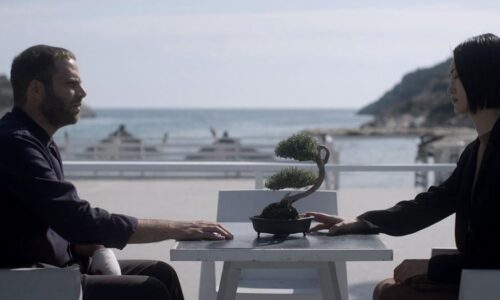 A dark comedy about a womaniser who contracts a potentially fatal sexually-transmitted disease has been named the Film of the Festival by the jury at this year’s Raindance Film Festival, which was held online, because of the coronavirus pandemic.

Not To Be Unpleasant, But We Need To Have A Serious Talk, comes from the Greek director Giorgos Georgopoulos and writer Maria Fakinou. The festival said “In a year when a real, serious virus is damaging the world, this is a timely reminder that caring about others is our real hope of salvation.”

Raindance announced its winners from a live-streamed ceremony at the Leicester Square Theatre in London, with a Finnish film about sexual harassment, Force of Habit, winning the Best International Feature and Best Screenplay prizes. Following on from Lost In La Mancha, the Terry Gilliam documentary He Dreams of Giants was named the Best UK Feature.

Best Director went to Macedonia’s Milcho Manchevski for Willow, Tim Cragg won the Best Cinematography award for The Great Green Wall and Johnny Flynn was named the Best Performer for his portrayal of David Bowie in Stardust.

The discovery award for the best debut feature went to Antonio Lukich for My Thoughts Are Silent. Other winners included The State of Texas Vs Melissa, for Best Documentary Feature, Topowa! – Never Give Up for Best Music Documentary and The Hat was named the Spirit of the Festival.